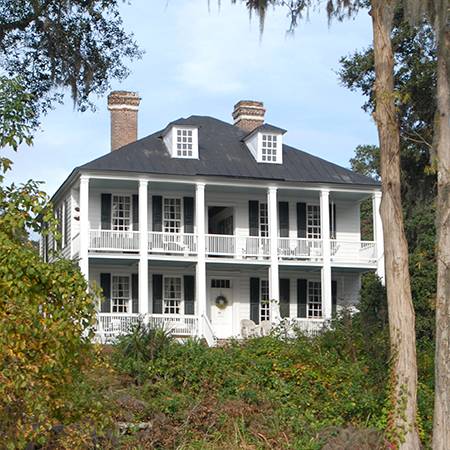 Before there was a United States of America, there was Hopsewee Plantation.

In fact, the birth of the nation and the historic estate, located near Georgetown, South Carolina, are forever intertwined because one of the original owner’s signature is found on the Declaration of Independence. Visitors to South Carolina’s Hammock Coast can learn more about that and how the historic estate was one of the top rice producers in the world through various tours.

Closed for more than a year due to the Covid-19 pandemic, Hopsewee is once again open and welcoming visitors for a step back in time along South Carolina’s Hammock Coast.

Hopsewee is open for tours, lunch, and afternoon tea, according to Raejean Beattie. She and her husband, Frank, have owned Hopsewee Plantation since January 2001.

“We are so excited to reopen Hopsewee for the public,” Beattie said. “We feel like God gave it to us to share with people coming to the area. It is time to start doing that again.” 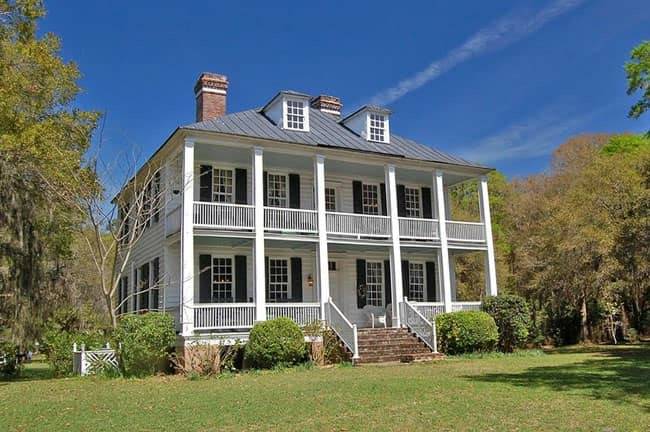 Hopsewee Plantation is located just south of historic Georgetown and is open Monday-Saturday for tours and lunch. (Photo Courtesy of Hopsewee)

She said for the time being, her staff and visitors will be asked to practice social distancing and the number of people on tours will be reduced. She urges people who have not been to Hopsewee to give it a try and people who have already been to return soon.

Located at 494 Hopsewee Road just south of Georgetown, Hopsewee is a National Historic Landmark. Built circa 1740, nearly 40 years before the American Revolutionary War, Hopsewee was one of the South’s major rice plantations and the birthplace of Thomas Lynch Jr., one of the signers of the Declaration of Independence. 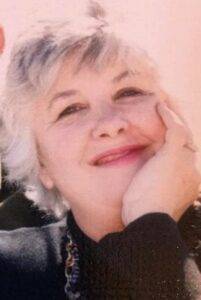 “Hopsewee is just an absolutely beautiful place with a scenic vista over the Santee River,” Beattie said. “We hope you will plan a time to come join us.”

Hopsewee Plantation is open for tours, on the hour, from 10 a.m. to 3 p.m. Monday-Friday, and from 11 a.m.-3 p.m. on Saturdays. Dining is available Tuesday-Saturday from 11 a.m. to 3:15 p.m. The estate closes for weddings and other special events, so be sure to check the online calendar at Hopsewee.com for availability.

One of the jewels on the gracious property is the River Oak Cottage, which has been named one of the South Carolina’s top tearooms. Its English tea service is flavored with Hopsewee’s southern charm along with a delectable assortment of sweet and savory treats. A full lunch menu includes recipes created by Raejean Beattie, a gourmet cook, to reflect the tastes and traditions of the Lowcountry region. The cottage’s well-appointed interior creates an inviting atmosphere for any dining experience and makes a perfect setting for private events and wedding ceremonies. 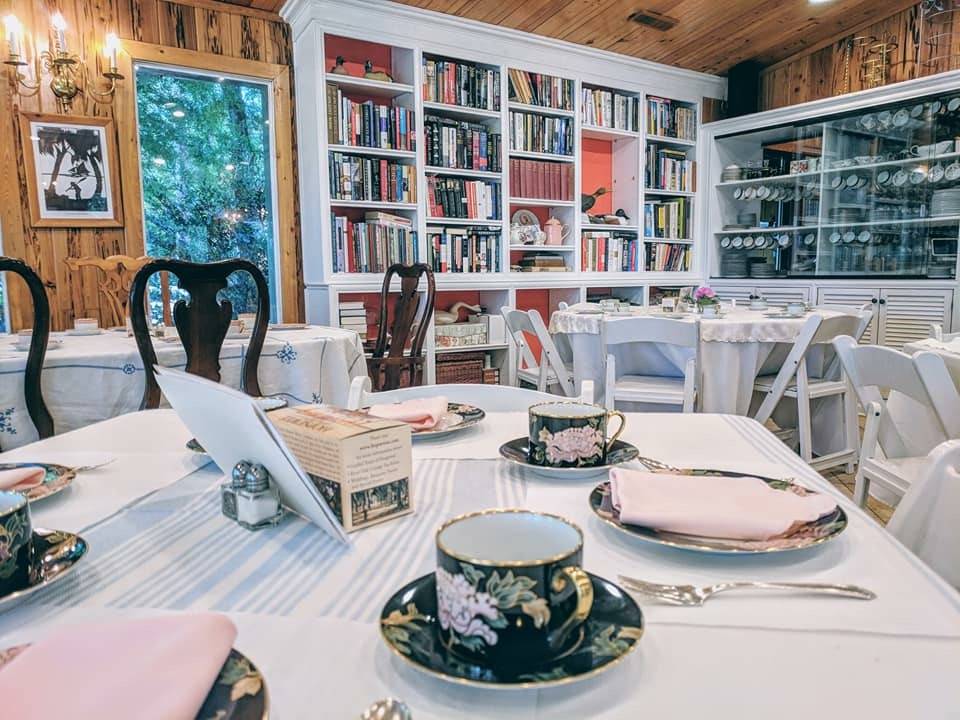 Hopsewee’s River Oak Cottage is known as one of the best tearooms in South Carolina. (Photo courtesy of Hopsewee)

Visitors can explore the home from top to bottom, room to room, including the two original slave cabins that still stand on the grounds. Linda Abate, who has been a tour guide at the plantation for three years, said the Lynches, who owned the home when it was a working plantation, were the second wealthiest family in the colony of South Carolina.

“Mr. Thomas Lynch Sr., the father of Thomas Jr., built the house and was quite important in American history himself,” Abate explained.

Lynch Sr. was instrumental in getting George Washington commissioned in what would become America’s army. “They were looking to promote someone,” she said, “and Mr. Lynch Sr. recommended Washington.”

Abate added that many people are surprised to learn that a space was left for Thomas Lynch Sr.’s signature between two of the South Carolina delegation names on the Declaration of Independence. He was suffering from a stroke at the time of the signing and the family sent his son in his place.

People are sometimes shocked to learn that all the men who signed the Declaration of Independence effectively put a bounty on their own heads by signing. “They were considered treasonists and seditionists by Britain,” Abate said, “so they had a hard life after that.”

Abate said she likes to teach people something they didn’t already know when she gives a tour, and it makes her job rewarding when people are excited to learn. She said people are always amazed that the house still has the original black-cypress siding, hardwood floors, doors and windows. 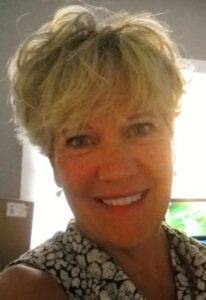 “I like to share things that surprise them, things they weren’t taught in history class about plantations,” Abate said. “It is hard to look back into history when you didn’t live at that time, so I want people to think independently. But I also don’t want them to jump to conclusions.”

Abate said that if people look at the world in different ways, it dispels some of the myths that are out there.

“You can’t look back with the same eyes with which you look forward,” Abate said. “We just tell the story and let people make their own determinations.”

Beattie said it is important to her and Frank that visitors to Hopsewee understand the plantation’s history from the viewpoint of both the Lynches and the enslaved Africans who contributed their talents, knowledge, and energy into rice production.

“We want people to remember and understand all of the people who lived on the plantation, including slaves,” Beattie said. “In fact, part of the tour is led by Zenobia Harper, our Gullah historian, who does a fabulous job.”

Harper, who has served as the Gullah historian at Hopsewee Plantation for more than 15 years, said she enjoys sharing the history of the plantation from the perspective of the enslaved Africans who made its daily operation possible.

“I think it is a necessary thing because learning anything from a single perspective is dangerous,” Harper said. “It sets up an opportunity for half-truths instead of the whole truth.” 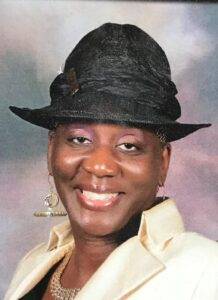 She said one of the topics she discusses during her part of the tour is what the institution of slavery meant by law.

“A lot of times, we talk about the institution of slavery in emotional terms, not legal terms, or the type of biz model it was,” Harper said. “That is the reason why a lot of people say it is the same thing as indentured servitude or ask if the Lynches were ‘good slave owners.’ I don’t challenge those things. I just tell them what the institution of slavery meant by law and they can answer their own questions.”

She said it is important for people to realize that enslaved Africans brought a significant amount of skill, expertise, and technological knowledge with them, which in turn was exploited by the slave owners.

“Being called a slave literally stripped you of your rights and the narrative became what people called you instead of who you really were,” Harper said. “Enslaved people had to live their lives wedded to other people’s narratives.”

She said she hopes that Hopsewee, where visitors can now stand on the same ground where history was made, is a place where the stories of all the men, women and children on plantations can be told.

“Whole history is a lot more interesting than the one narrative we’ve heard, from the plantation owners’ point of view,” Harper said. “Hopsewee is a wonderful place to put the puzzle together.” 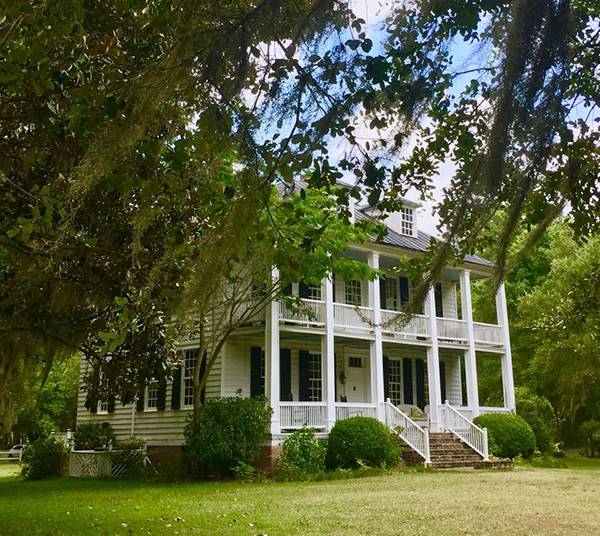 Hopsewee Plantation is located about 50 miles north of Charleston and about 35 miles south of Myrtle Beach in Georgetown County. (Photo courtesy of Hopsewee)

After touring the property, Beattie recommends enjoying lunch or tea at River Oak Cottage, ranked as one of the state’s top tea rooms.

“Everybody loves our Lowcountry plate with pulled pork, collard greens, chicken purleau, sweet potato casserole, and macaroni and cheese,” Beattie said. “That is a lot of Lowcountry goodness.”

She said the Southern tea, which is served from 11 a.m.-3 p.m., includes a three-course tea with savory scones, with wine or mimosas.

“We have great desserts, including Hummingbird cake, made with bananas, pineapple, pecans and an Italian cream cheese icing, and a triple-chocolate stout cake with Kahlua cream cheese icing,” Beattie said. “If you haven’t been to Hopsewee Plantation, come enjoy Southern hospitality to a ‘tea.’ ”

For more information or to make reservations, call Hopsewee Plantation at (843) 546-7891, or visit the Hopsewee website here.

Read more about historic sites on the Hammock Coast at the following links:

• Five paths to Gullah-Geechee culture on the Hammock Coast.

• Discover the history of Sandy Island. 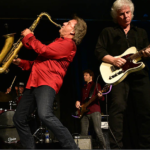 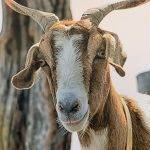 Farmers Market at Litchfield to be held weekly through Nov. 24 at resort