When Johnny L. Ford of Pawleys Island wrote down his childhood memories of visiting McKenzie Beach, a former “black” beach resort destroyed by Hurricane Hazel in 1954, he had no idea the result would be a beautifully illustrated children’s book. 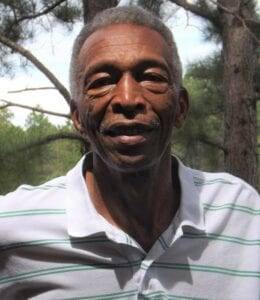 But that is exactly what happened after he spoke with Ron Daise, a Gullah-Geechee storyteller and author who serves as vice president of creative education at Brookgreen Gardens in the Murrells Inlet community of South Carolina’s Hammock Coast.

The book, titled “McKenzie Beach Memories,” in which Daise wrote the story based on Ford’s writings, was published recently by Class Publishing and is available in local bookstores and shops. 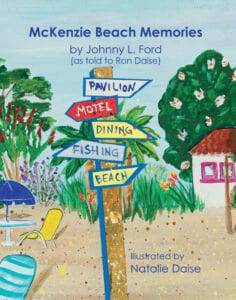 The cover of “McKenzie Beach Memories”

It shares Ford’s childhood experiences of staying at the resort, officially called Magnolia Beach Club, with his family. Ford says in the book that the name McKenzie Beach reminds him of “sunshine, rolling waves and happy memories.”

“When I hear it,” Ford wrote, “I smile as wide as a cook who’s ready to remove enough golden-brown catfish from the frying pan to fill a platter full.”

He adds that he always wondered why it was called a “black” beach. Of course, it is because of segregation laws in the early- to mid-20th century that didn’t allow blacks and whites to use the same beaches, restaurants, bathrooms, etc.

“This confused me…,” Ford wrote. “The sand was white and shiny, not brown or black. And it glistened in the daytime. The water was not black either. It was grayish blue but not black.”

Ron Daise said he and his wife, Natalie, a storyteller and artist who created the artwork for the book, spent a lot of time researching Magnolia Beach Club, which was opened in 1934 by Frank McKenzie and Lillian Pyatt. It included a hotel, a restaurant, a pavilion, and more located on 23 acres of oceanfront property between Pawleys Island and Litchfield Beach. Well-known performers who played at the Pavilion included Duke Ellington, Ella Fitzgerald and County Basie, to name a few. 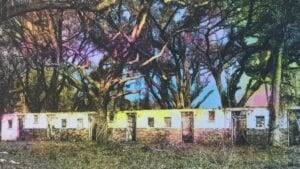 The ruins of a motel built on the McKenize Beach property after the original resort area was destroyed by Hurricane Hazel in 1954. (photo from the book)

After a Category 4 storm called Hurricane Hazel decimated McKenzie Beach in October 1954, it was never the same, according to Daise’s research. Another pavilion was built, as well as a motel closer to Highway 17, but it never drew crowds as it once did. The ruins of the motel are still visible from the highway. Frank McKenzie eventually sold his share of the property and died in 1978. The property share of Lillian Pyatt is owned privately by her descendants. 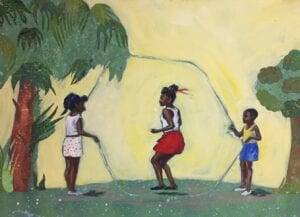 “I thought McKenzie Beach was paradise,” Ford wrote. “You see, good food, jamming music, and skillful moves in the water and on the dancefloor made McKenzie Beach an unforgettable place.”

The book also includes life lessons shared by Ford, such as how to escape rip currents, after he almost drowned in the ocean; and being honest, after seeing a girl who was caught sneaking onto the beach without paying the 15-cent admission price.

Ford’s mother worked as a cook at the Pavilion, so he would visit for a day here and there. But the book takes place during one summer, right before Hurricane Hazel, when he spent the whole summer at McKenzie Beach. He said that summer was a turning point in his life.

“I had visited my most favorite place in the world a couple of times before but had never stayed there for the whole summer,” Ford wrote. “I had no way of knowing at that time, that this summer would bring two surprises that never would have crossed my mind.”

One of those surprises was his near-death experience in the ocean, but the other one was a life changer. He found out from other children that summer that Frank McKenzie was actually his father.

“I’d never heard that story,” he wrote. “And I kept the rumor to myself for years. Kids weren’t allowed to talk with adults about such matters at that time, unless an adult spoke about it. But when I reached adulthood, Mr. Frank pulled me aside and said, ‘You can call me Pops’.”

Linda Ketron, publisher at Class Publishing, said the life lessons recounted in the book make it an important read for children and adults alike.

“There are probably many ‘histories’ of McKenzie Beach, since there were many people involved over the years,” she said. “I think capturing this pivotal summer in Johnny L. Ford’s life and in the life of McKenzie Beach, just before Hurricane Hazel wiped it away, is valuable.” 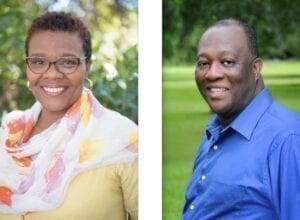 Natalie Daise, left, created the artwork for the book and Ron Daise wrote the book based on the writings of Johnny L. Ford. (Photos provided)

Ron and Natalie Daise said they were honored to be part of this book. The couple are widely known for hosting “Gullah Gullah Island,” an American musical children’s television series that was produced by and aired on the Nick Jr. programming block on the Nickelodeon network from 1994 to 1998.

“I had heard of McKenzie Beach from the time I began working at Brookgreen Gardens in 2004,” Ron Daise said. “When I found out that Mr. Ford’s book involved this historic African-American beach, I was amazed and I wanted to help.”

Ford and Ron Daise originally connected for the project because they are fellow members of House of God Church in Pawleys Island where Ford’s son, the Rev. Johnny A. Ford, is pastor.

“Three years ago, Mr. Ford called me and said he wanted me to help him with a book,” Ron Daise said. “His idea for the book was autobiographical, but I had an idea to frame it as a children’s book.”

Natalie Daise, who is also known for her one-woman show portraying Harriet Tubman during the Nights of a Thousand Candles events at Brookgreen Gardens in December, said she enjoyed creating the artwork for “McKenzie Beach Memories.” She says her artwork is an exploration of heritage, both cultural and personal. 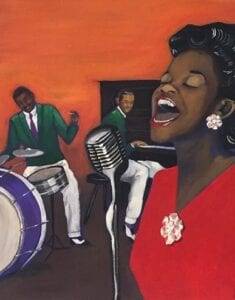 Natalie Daise painted this image for the book based on Johnny L. Ford’s description of musicians who played at the Pavilion at McKenzie Beach. (Photo by Clayton Stairs/Georgetown County Chamber of Commerce)

“Creating the illustrations for Mr. Ford’s story gave me the opportunity to vicariously experience the golden days of McKenzie Beach,” she said, adding that it was important to her to honor the story as accurately as possible. “It is not a historical document, but I did want to be true to the period and Mr. Ford’s memories.”

Natalie Daise said one of the biggest challenges was finding photographs of buildings and people at McKenzie Beach, but she was able to find enough photographs to go by, she said. For the rest, she relied on Ford’s memories.

“The challenge of deciding what images to paint was shaped by my commitment to sharing stories that celebrate our joy, beauty and the uniqueness of our coastal Gullah-Geechee culture,” Natalie Daise said.

The Rev. Ford said he did not know that his father had collaborated with Ron and Natalie Daise to create the book until it was finished. He said once he saw it, he volunteered to help sell the book, starting with a Facebook post about it and then events at Brookgreen Gardens. He said they have sold more than 100 copies already and have received positive feedback.

“I read a copy of it and said, ‘We’ve got to do something with this!’ ” he said. “I don’t believe my father could have found a better storyteller than Ron, or a better artist than Natalie to share his story.”

“McKenzie Beach Memories” is available in several shops and bookstores along South Carolina’s Hammock Coast, including: Art Works in the Litchfield Exchange, Litchfield Books, My Sister’s Books and The Original Hammock Shop, all in the Pawleys Island area; Brookgreen Gardens’ Keepsakes in Murrells Inlet; and Waterfront Books and The Rice Museum’s Prevost Gallery, both in Georgetown.

It is also available at all four Georgetown County libraries and online at nataliedaiseart.com. Artwork for the book, also available on that website, is on display at the Lowcountry Center at Brookgreen Gardens until Oct. 16.

Proceeds from the book sales will go to A Father’s Place, a program in Georgetown that offers education and services uniquely tailored for fathers trying to rebuild their lives and their families. 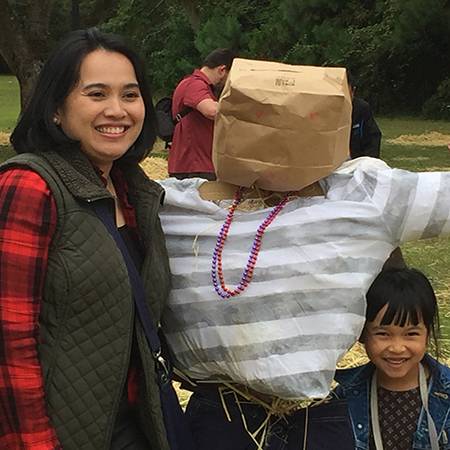 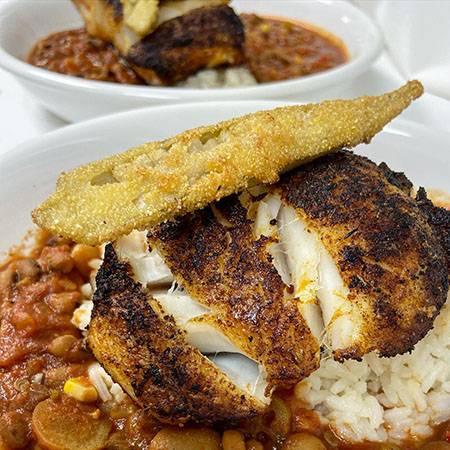