Three hundred years ago, Georgetown County, South Carolina, held a claim to fame. More than half of the country’s rice was grown on the county’s 45,000 acres of rice fields. Ron Daise, a Gullah Geechee culture preservationist, explains why: “Here, there was the largest number of enslaved Africans because of the confluence of the five waterways flowing into Georgetown.”

European settlers were aware the land was fertile for rice production, “But they didn’t know how,” Daise says. “So they went to the coast of West Africa where people had been producing rice for thousands of years. They were enslaved for their technical skills and expertise.”

Descendants of these slaves, known as Gullah Geechee people, still live along the Gullah Geechee Cultural Heritage Corridor — a federal National Heritage Area that spans coastal communities from Wilmington, North Carolina, to Saint Augustine, Florida. Because most of the enslaved Africans worked on rice plantations in Georgetown County, it’s a sacred place to learn about their culture. Read on for five can’t-miss stops along your own Gullah Geechee heritage tour in the communities of Georgetown County, known collectively as South Carolina’s Hammock Coast. 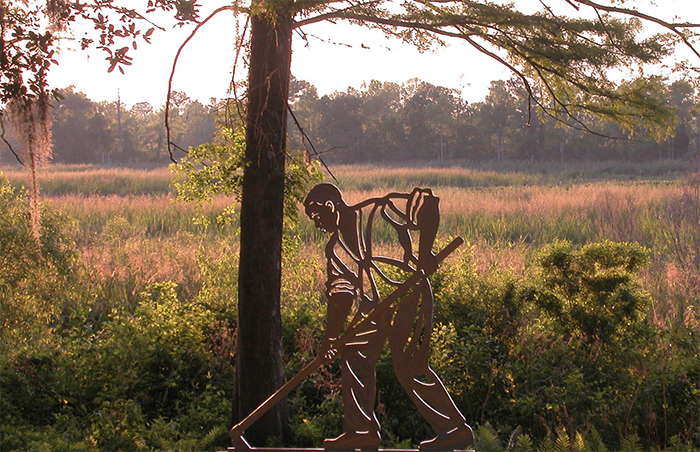 From 1994 to 1998, Daise and his wife, Natalie, hosted “Gullah Gullah Island,” a children’s television series on the Nickelodeon Network. Designed to celebrate the culture and language of these enslaved Africans, the sing-along, live-action show educated an average of more than 750,000 viewers per episode.

Today, Daise is the vice president of creative education at Brookgreen Gardens. Here in Murrells Inlet, visitors can walk the verdant, quarter-mile Lowcountry Trail with native plants and animals to experience what life was like on four former rice plantations. An audio tour shares the fictionalized stories of four people — a plantation owner, overseer, and enslaved African male and female — on a day 200 years ago. “It gives their points of view and depicts how each respond to and reflects on the importance of life and death,” Daise says.

Along the trail, four larger-than-life stainless-steel sculptures of these characters stand watch. “It’s striking because you can see the nature through cut-outs in the sculptures,” Daise says. “At different times of the day, they’re different colors.” 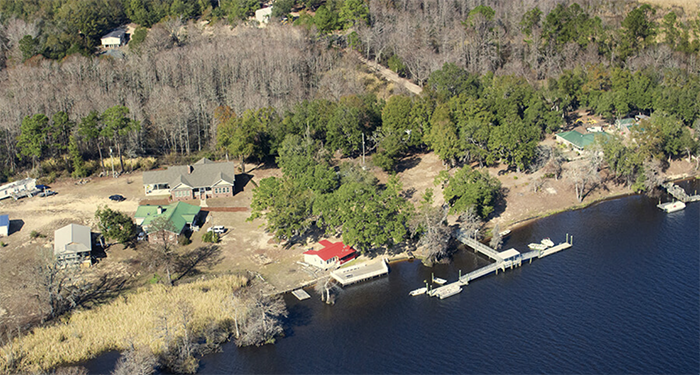 Except for the two years she attended Columbia Commercial College, 68-year-old Laura Herriott has lived on Sandy Island her entire life. Like the other island residents, when she wants to leave, she goes by boat. There’s no bridge to Sandy Island, so even the 10 or so school-age children take a school boat off the island each day.

Herriott is a fourth-generation descendant of freed slave Phillip Washington, who purchased several hundred acres of land on the southern tip of the island following the Civil War. “His descendants have preserved so much of the Gullah way of life, from the way they hang their clothes on the line to the way they cook their food, how they dress, and even the rhythm of speech,” Herriott says.

Today, she shares that way of life with the guests of Wilma Cottage, a small bed and breakfast Herriott named in honor of her grandparents, William and Mary. She gives visitors the option of staying for the day or spending the night — but either way, a trip includes a traditional Gullah meal. “Usually, I cook fried chicken, red rice with sausage, green beans, banana pudding, corn bread, and tea,” she says.

After the meal, Herriott gives a walking tour of the island, making stops at the community building that was built in 1932 as a two-room school; a general store; and the New Bethel Church that was built by island residents in 1880 and still holds church services every Sunday. 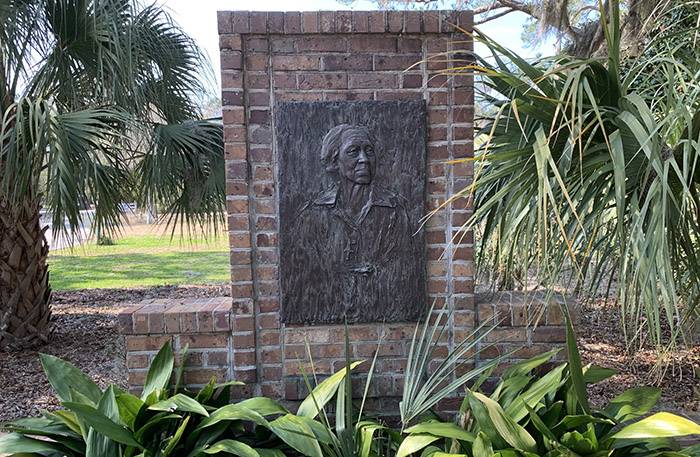 Ruby Forsyth’s image is captured in this bronze sculpture Frederick Hart and overlooks the grounds at Holy Cross Faith Memorial Church. (Photo by Mark A. Stevens/Georgetown County Chamber of Commerce)

The recipient of four honorary doctorates, elementary schoolteacher Ruby Forsyth never turned children away when they came to the traditionally African American Holy Cross Faith Memorial Church. “This is a sweet and valuable stop between Brookgreen Gardens and Pawleys Island,” says history consultant Lee Brockington. “Standing next to her bronze sculpture by the nationally known sculptor Frederick Hart, you can almost sense Miss Ruby’s spirit in the live oak-shaded courtyard.”’ 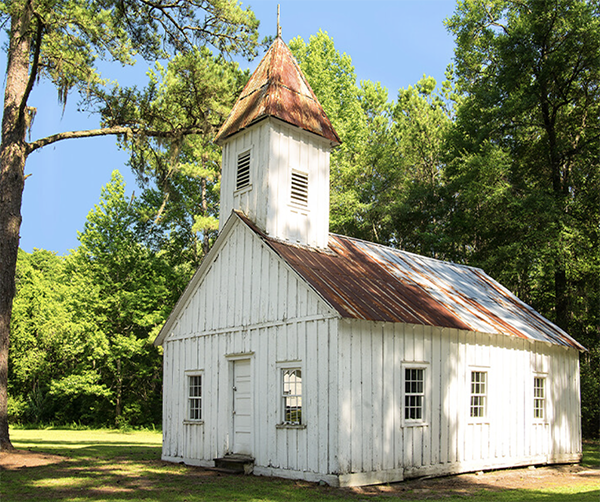 Visitors to Hobcaw Barony can hear oral history interviews with residents from the 1930s and ’40s told among the preserved buildings. (Photo courtesy of the Belle W. Baruch Foundation/Hobcaw Barony)

In the four preserved slave villages at Hobcaw Barony, a 16,000-acre tract of land on the Waccamaw Neck peninsula, descendants of slaves lived until the 1950s. “After the Civil War ended and enslaved people were freed, most opted to stay,” explains education coordinator Richard Camlin. “They knew they could grow or trap food, and they had houses to live in.” Today, visitors to Hobcaw Barony can hear oral history interviews with residents from the 1930s and ’40s. “When I tell our visitors that people lived in these villages until 1952, they’re surprised to hear they lived there that long with no water and no electricity,” Camlin says.

Two year-round tours give visitors a chance to learn more about the Hobcaw Barony slave villages where Gullah Geechee people lived and worked. Make reservations through the website or call in advance to sign up for the two-hour Discover Hobcaw tour or the more in-depth Explore Hobcaw tour. 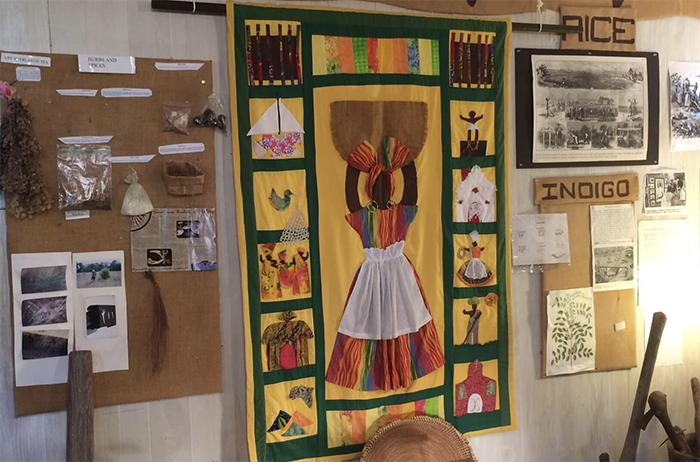 The one-room Gullah Museum in historic Georgetown was established by the late “Bunny” Smith Rodrigues. (Photo by Clayton Stairs/Georgetown County Chamber of Commerce)

Visit the Gullah Museum in Georgetown

From its home in downtown Georgetown, the one-room Gullah Museum packs a powerful historical punch. The museum was founded by Andrew Rodrigues and his wife, the late “Bunny” Smith Rodrigues — whose Michelle Obama Story quilt is part of the permanent collection of the Smithsonian’s National Museum of African American History and Culture. Open by appointment only, the museum offers presentations on topics ranging from Gullah Geechee history, music, naming practices, food-to-crop cultivation, and animal husbandry.

To read more about Ron and Natalie Diase, click here. 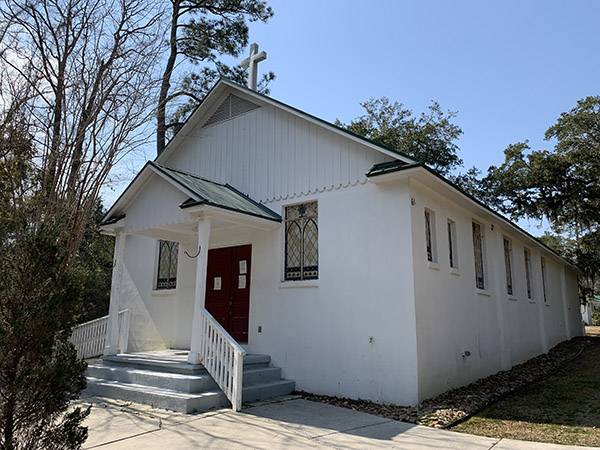 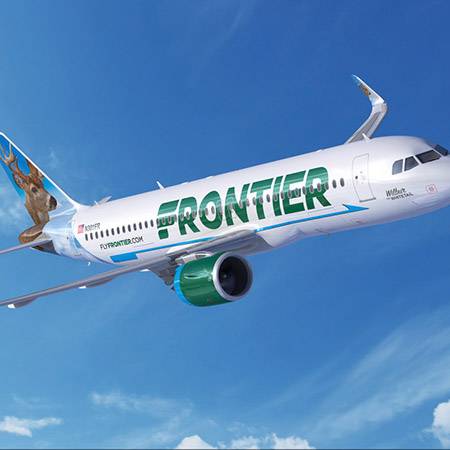 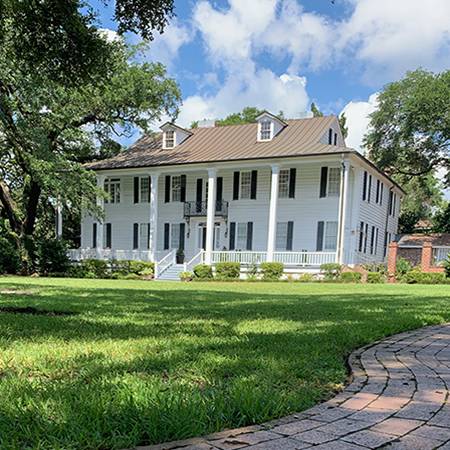