Described as “South Carolina’s own Garden of Eden,” Sandy Island, west of Murrells Inlet along the Waccamaw River, could look totally different today if development plans went forward in the 1990s. Instead, it is a shining example of environmental and cultural preservation on South Carolina’s Hammock Coast.

A new book titled “Sandy Island … forever” explores the island’s history, which dates back to the 1700s, its Gullah culture and its natural beauty with essays and images from a group of people who know the island well. Compiled by Editor Linda Ketron and Photography Editor Anne Swift Malarich, the book is available at local bookstores and will be featured at several upcoming local events. 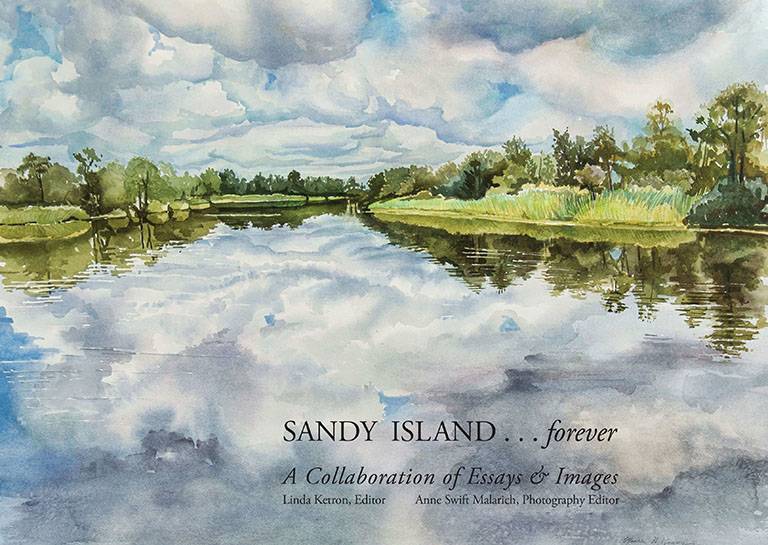 “I’m thrilled with how the book evolved,” Ketron said, “starting with Susan McMillan’s general history of the island, followed by Robin Salmon’s specific attention to the Huntingtons’ involvement, then Vennie Deas Moore’s snapshot of Sandy Island in 1997 which coincided with Virginia and Dana Beach’s recounting of the conservation efforts that culminated successfully that same year, and concluding with the photographic tour of the island and all that has been preserved.” 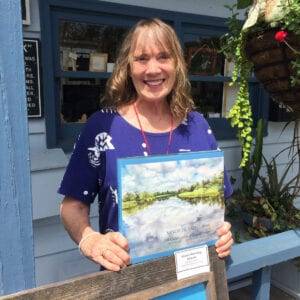 Compiled by Editor Linda Ketron, above, and Photography Editor Anne Swift Malarich, the book is available at local bookstores. (Photo by Clayton Stairs / Chamber of Commerce)

Encompassing 12,000 acres between the Pee Dee and Waccamaw rivers in Georgetown County, South Carolina, Sandy Island is the largest undeveloped freshwater island along the Eastern Seaboard. It is renowned for tidal rice production in the 18th and 19th centuries and has been preserved as a refuge and nature center. Only accessible by water, Sandy Island is home to a small unincorporated community of people, many of whom are descendants of the slaves that once worked in the island’s rice fields.

Ketron, who is editor/publisher of CLASS Publishing, director of CLASS Learning Division, producer of CLASS Productions, founder/host of The Moveable Feast, owner/manager of Art Works, and chair of Bike The Neck, said the idea for the Sandy Island book came when she and Malarich were working on other books related to Brookgreen Gardens: “Through the Seasons in Images and Words,” “Nights of a Thousand Candles” and several children’s books.

“Our more recent collaborations on children’s books did not afford Anne the opportunity to stretch out and capture a whole environment,” Ketron said. “So, I said, what about Sandy Island? I didn’t know of any book that really tells the history or captures its amazing qualities. So, we spent three years writing and shooting one!” 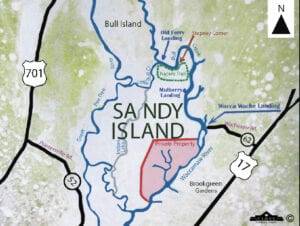 Marshall Craig Sasser, manager at Waccamaw National Wildlife Refuge, which includes parts of Sandy Island in its conservation area, explained that the protection of Sandy Island is an important chapter in the modern history of South Carolina’s Hammock Coast. After a hard-fought battle, the WNWR and Sandy Island Preserve were established in 1997 to protect the island from future development.

“This chapter could not have been written without the roles played by so many people including the residents of Sandy Island, the conservation community, the press and local media, and the greater community who believed that protecting this national treasure was more important than building just another golf course community,” Sasser said.

Ketron said that collaborating with the writers, photographers and artists on what she calls the “SI Team” was a pleasure.

“They were a joy to work with — professionals every one — with such diverse talents,” Ketron said. “The book’s shape and organization changed several times, but once I had all the pieces, the progression was clear.” 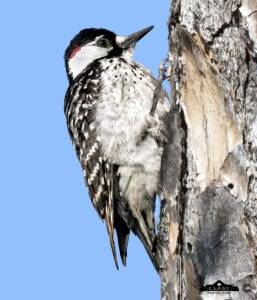 In the introduction, Ketron writes, “Our intent is not to pique your interest but rather to provide satisfying armchair appreciation of what has been protected and why it matters.” When asked if that encapsulates the mission of the book, she replied that it does.

Malarich said it’s hard to believe that many people who live along South Carolina’s Hammock Coast do not know a lot about Sandy Island and its importance to the community.

“It was an honor telling the story with images about the historical, unique landscapes and wide variety of animals and plants,” Malarich said. “I walk away with tremendous respect for the families and preservation of this treasure called Sandy Island.”

McMillan, who wrote the “Sandy Island History” section of the book, said it focuses primarily on the antebellum period because that is what she knows best, having spent decades involved in Georgetown County rice plantation archaeology. 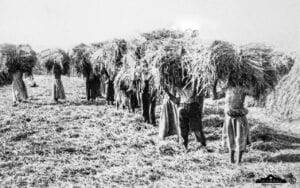 “Describing details of a rice plantation slave’s lifestyle as compared to the planter families’ intricately documented lifestyle only begins to illuminate this unique period of our history,” McMillan said. “Much of the slave genealogy was either unrecorded or remains elusive, but most planter family connections are documented and fascinating to read while “connecting the dots” as to what transpired on Sandy Island.”

Salmon, who is the vice president of art and historical collections and curator of sculpture for Brookgreen Gardens, which is just east of the island, wrote the section of the book titled “The Huntingtons, Brookgreen Gardens & Sandy Island.” She agrees that some of Sandy Island’s history remains elusive.

“Sandy Island’s unique history has not been completely recorded, even with the publishing of this book,” Salmon said. “Its history, location, and isolation make for an intriguing storyline as well as a cautionary tale about the preservation of our state’s resources and landmarks.”

Salmon said that Archer and Anna Huntington, founders of Brookgreen Gardens, had important roles in the history of Sandy Island. 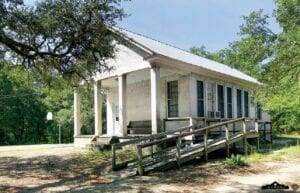 “I hope that my contribution to the book unlocks more information about the truly philanthropic spirit of this amazing couple,” Salmon said. “They didn’t just come to live here quietly, although that was certainly a goal. They also wanted to help people and really put their money to work to improve life in Georgetown County during that time-period.”

Moore, a cultural historian who worked for 30 years as curator for the McKissick Museum at the University of South Carolina, has also served as a docent at the Kaminski House Museum and the Georgetown Historical Society, both in Georgetown. She now works at the Rice Museum in Georgetown, giving tours and designing the museum’s Prevost Gallery. Moore wrote her section, “Sandy Islanders: The People of the Land,” in 1997 as an article titled “A World Apart” for South Carolina Wildlife Magazine.

“This small community is made up of a few families who are descendants of former slaves,” Moore writes. “The island is only accessible by boat, and workers and school children commute to the mainland daily. Their lives are unassuming; they have maintained the ways of the ‘Old People,” fishing and holding to the folklore, crafts, healing practices, musical traditions, and spiritual beliefs passed down through the generations.”

Sandy Island Landing on the mainland provides moorage for island residents’ boats as well as the school boat (New Prince Washington), which also serves as a ferry. (Photo by Anne Swift Malarich)

Moore said she was part of a team that studied Sandy Island over a four-year period for the South Carolina Nature Conservancy. There was a documentary film released about this research titled “Saving Sandy Island.”

“They needed someone to work with and document the people of Sandy Island,” Moore said. “So, I got to know the people there and acted like a buffer for the community while others were studying the longleaf pine forests and red-cockaded woodpeckers’ habitat.”

Dana Beach, who wrote the section titled “Saving Sandy Island” with his wife, Virginia Beach, said the documentary with the same title was important to the preservation effort for Sandy Island. This section of the book provides the complicated and suspenseful sequence of events that led to the creation of the Sandy Island Preserve and the Waccamaw National Wildlife Refuge in 1997.

“The story of saving Sandy Island is now almost a quarter century old,” Danna Beach said. “Some of the people involved with that effort are no longer with us. Remembering and retelling the events, and the people who contributed to it, can inspire us to continue working on behalf of nature and culture, understanding that persistence and energy often prevail.” 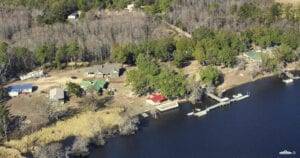 Aerial view of Mont Arena, the landing on the island, Pyatt’s store (red roof), and homes of residents. (Photo by David Fattaleh)

“Sandy Island … forever” is available at the Myrtle Beach Art Museum, Brookgreen Gardens’ Keepsakes, Art Works in the Litchfield Exchange, Litchfield Books, The Original Hammock Shop, My Sisters Books, and the Rice Museum. For more information, contact Linda Ketron at 843-235-9600 or by email at linda@classatpawleys.com.

Planned events that will feature the book: 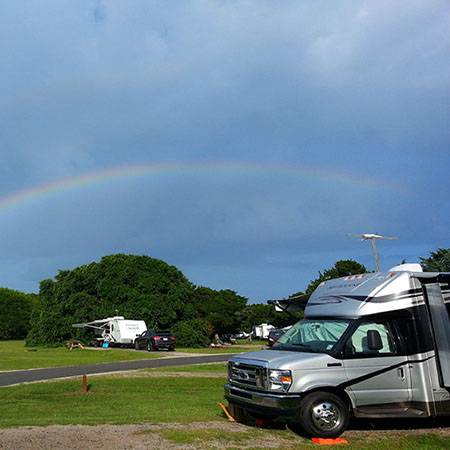 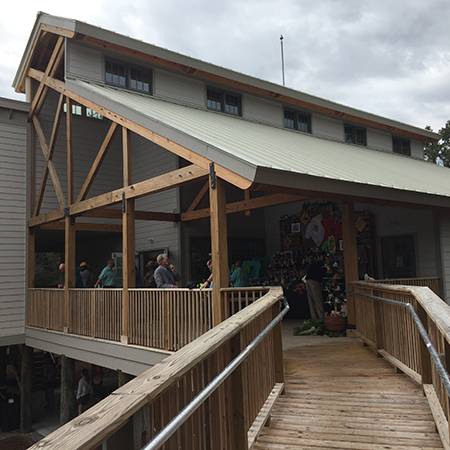