Georgetown author, lecturer and Emmy-nominated TV host Ron Daise has released a set of two novellas that take a new look at the celebrated Gullah Geechee culture of South Carolina.

Produced along with his wife, Natalie, the books — We Wear the Mask, Unraveled Truths in a Pre-Gullah Community and Turtle Dove Done Drooped His Wings, A Gullah Tale of Fight or Flight — will serve as the initial launch of Ron’s “Geechee Literature Series,” through which Ron plans to provide print and audio books by the Daises that showcase Gullah Geechee culture as contemporary. 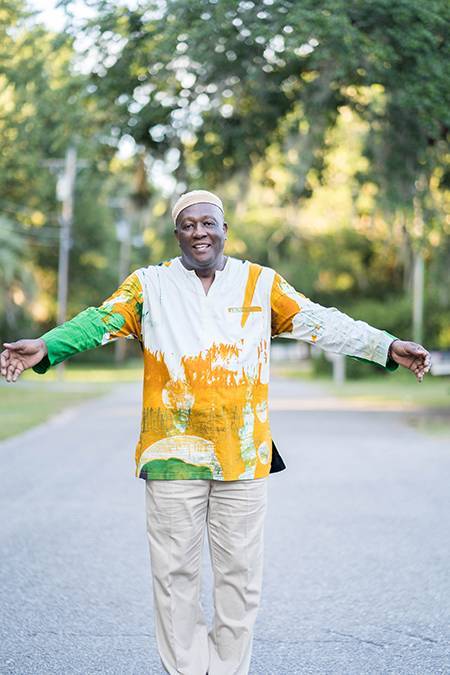 An author of several books, singer, and performer, Ron is also vice president for creative education at world-renown Brookgreen Gardens, the 9,100-acre sculpture garden founded in 1931 in Murrells Inlet. Guests to Brookgreen are often delighted by Ron’s programs and lectures.

He and Natalie were the stars of Nick Jr. TV’s popular “Gullah Gullah Island” that ran from 1994 until 1998, where they earned critical acclaim and won a Parents Choice Award in 1995 and earned NAACP Image Award and Daytime Emmy Award nominations. TV Guide named the show onto of the 10 Best Children’s Shows of all time. Since its original airing, the program has been featured on other networks and is now available to stream on Paramount+.

Ron is the former chairman of the federal Gullah Geechee Cultural Heritage Corridor Commission and a recipient of The Palmetto Award of SC, The Governor’s Award, and the Jean Lacey Harris Heritage Award.

The book We Wear the Mask is described as a contemporary fable, involving animals, humans, and spirits whose lives craft a new narrative about racial hatred and intolerance. Set on a sea island cotton plantation during the 1800s, the story transcends time with the message that is passed on to all who hear. In a blurb, Joseph McGill Jr., founder of the Slave Dwelling Project, and history and culture coordinator for Magnolia Plantation and Gardens in Charleston, said, “Ron Daise offers readers a modern-day ‘Slave Narrative.’ We Wear the Mask, Unraveled Truths in a Pre-Gullah Community is storytelling at its finest, interpreting history and the cruelties of chattel slavery in a way that is compelling.”

In Turtle Dove Done Drooped His Wings, a group of Lowcountry birds are engaged in a spiritual journey, in which they overcome interpersonal and organizational dysfunctions and create Thrust, a platform showcasing cultural heritage, pride, and resilience. The foreword is written by Sunn m’Cheaux, Gullah language professor at Harvard University. He states, “Turtle Dove Done Drooped His Wings, A Gullah Tale of Fight or Flight … is a lyrical ode to our Gullah/Geechee oral tradition, told with the vividness of Aesop’s fables and intimacy of an old family story passed down like a precious heirloom. While spoken from the mouths of birds, this story gives voice to innate human dilemmas.”

The two books are available at www.amazon.com, www.Etsy.com/shop/GeecheeLiterature, the Keepsakes Gift Shop at Brookgreen Gardens, and the Rice Museum in historic Georgetown. Both Ron and Natalie helped in the research for Johnny L. Ford’s book McKenzie Beach Memories. Natalie even painted artwork that’s featured in the book.

Praise for the new books has been swift. Daron Lee Calhoun II with the Avery Research Center for African American History and Culture in Charleston cited words from a poem.

“ ‘The Ancestors wanting a new story to emerge, assembled storytellers with a vibration, a flashing, and an intuitive urge’:  The words of this poem came to life as this short story has emerged from the expert storyteller, Ron Daise,” Calhoun said. “We Wear the Mask is a skillfully written allegory that effortlessly flows between fable and parable. Such careful detail is paid to the language, rituals, and historical period that the reader will sense that they are in the scene with each character. This is a story that should be used, and is highly recommended, as a primer to anyone looking to learn more about the emergence of Gullah Geechee culture in the Lowcountry.” 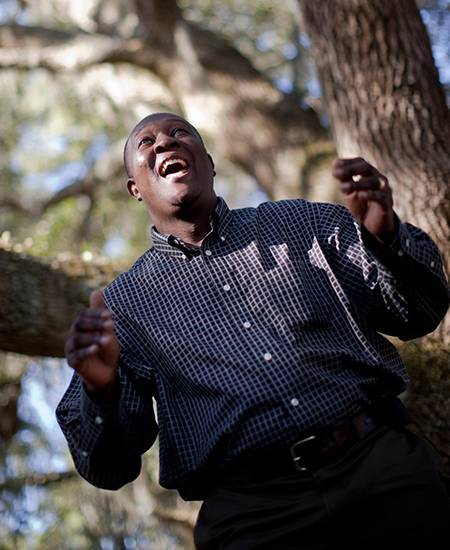 And Hester G. McFadden, a retired educator and consultant with National Educational Consulting Services, said, “Ron Daise has masterfully crafted a fable embracing nuances of African Traditional storytelling, African American experiences, and Lowcountry Gullah history reflecting an era of surviving the day-to-day perils of the enslaved. This fable exposes all who cover up their true feelings for the sake of surviving as well as motives of people who seek to deny others social and political freedom and justice.  A must-read for high school literature and history-related courses of study.”

Turtle Dove Done Drooped His Wings is garnering similar praise. Michele Moore, author of The Cigar Factory: A Novel of Charleston, said, “Ron Daise has created a delightful celebration of Gullah-Geechee wisdom in this allegorical tale set amid an enchanted maritime forest and its surrounding salt marsh. Turtle Dove Done Drooped His Wings introduces readers to the newly established Audubon Rookery, where the Great Council of Birds has gathered to come to a consensus that will shape their future and decide how best to preserve their past for the benefit of future generations.  The interpersonal dynamics, miscommunications, and hidden agendas of the various council members will ring true with anyone who has ever served on any sort of planning committee. The members of The Great Council of Birds are at times wry, wise, funny, forgiving and kind—and utterly contemporary.”

Randy Akers, executive director of SC Humanities, said, “Ron Daise is at his Gullah storytelling best in comparing and contrasting our human situation through a group of Lowcountry birds engaged in a spiritual journey toward creating ‘Thrust,’ that which propels us to a better future built on the legacy of the past.  With great understanding of the natural environment in the Lowcountry, including descriptions of trees, flora and fauna, especially the birds; and with his immense mastery of Gullah heritage, including the use of the language, and the sayings and truisms from the ancestors related through the older birds, Daise soars.  This novella shows how the power of words and story can bridge some of the deepest divides in human nature.”

Gullah Geechee culture is celebrated on South Carolina’s Hammock Coast and has led to many family reunions of Americans from all walks of life finding their roots in the region with Black history stretching back to the 1500s.