Battling and defeating one of the largest and most magnificent fish in the world – the Blue Marlin — 15 miles out in the Atlantic Ocean is a thrill most people can only imagine.

And just seeing one of the strikingly beautiful fish — cobalt blue on top and silvery white below with a long, spear-shaped upper jaw and pronounced dorsal fin — is its own unique experience. Amy Dukes, who serves as director of the South Carolina Governor’s Cup Billfishing Series, knows that better than most. 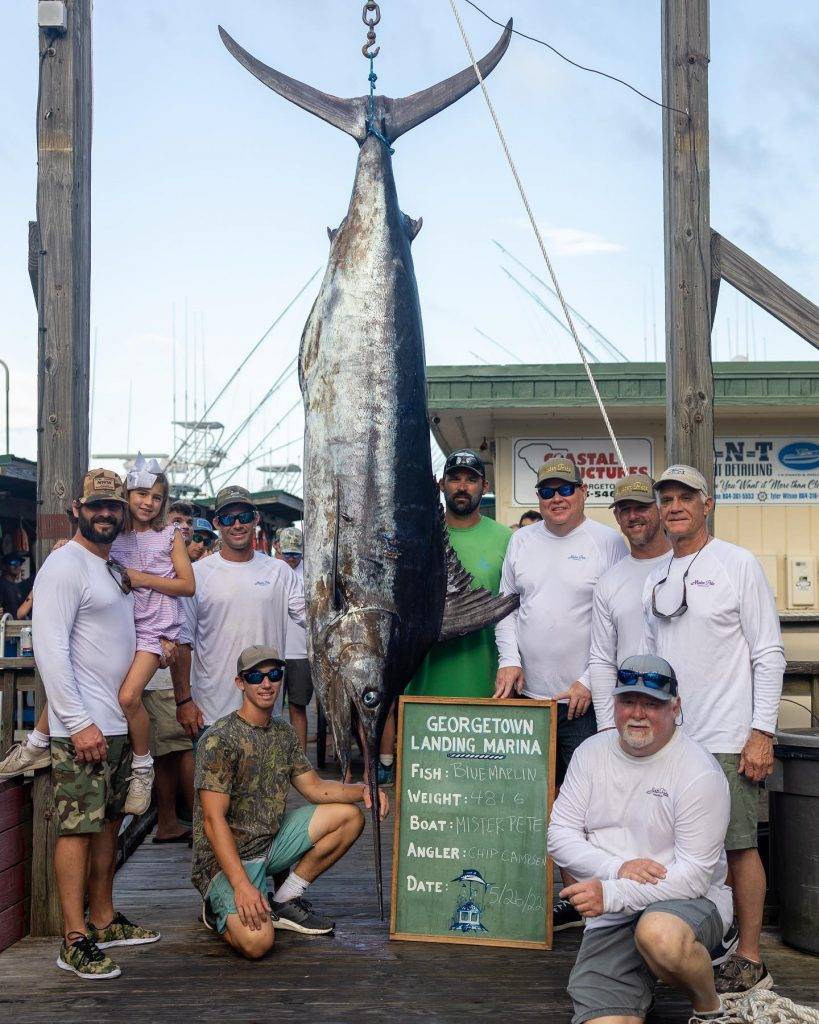 This is one of three Blue Marlin “boated” during the tournament. It was caught by Chip Campsen on “Mister Pete.” (Photo courtesy of the South Carolina Governor’s Cup Billfishing Series)

“I’m consistently floored and awed by these impressive fish,” she said recently as she oversaw another tournament in historic Georgetown on South Carolina’s Hammock Coast.

The Blue Marlin is the largest of the Atlantic marlins, reaching up to 14 feet in length and weighing up to more than 1,900 pounds. Georgetown is renowned for the Blue Marlins reeled in off its coast. In fact, angler W.C. “Corky” Taylor hooked the South Carolina state record there — a 881.8-pounder! — on June 3, 2005, on a boat named “Rascal.”

The coveted chance to reel in a Blue Marlin is so popular, in fact, that dozens of anglers converge on Georgetown to participate in an annual Blue Marlin Tournament. The 54th tournament was held May 26-29, 2022, from the Georgetown Landing Marina. A total of $569,975 prize money was awarded. The tournament, which promotes conservation and tourism, is part of the South Carolina Governor’s Cup Billfishing Series.

“This was a banner year,” said David Black, general manager of Georgetown Landing Marina. “We had 71 boats enter, one away from the record total set in 2000 with 72 boats.”

“We had the largest fleet we’ve seen in Georgetown since 2000,” she said, enthusiastically.

Released during the event were 18 Blue Marlin, one White Marlin and eight Sailfish. There were also three large Blue Marlin “boated” (killed) and weighed on the marina dock during the event, giving spectators a rare glimpse of the large, offshore fish.

“Countless children,” Dukes said, “have had the opportunity to touch a Blue Marlin for the first time at Georgetown Landing Marina, an experience that can certainly trigger a love, appreciation, and respect for the outdoors and South Carolina’s natural resources.”

About the Blue Marlin

In addition to its beauty, the Blue Marlin is known for putting up a tremendous fight while being caught, which is why it is coveted by offshore anglers. However, the tournament encourages people to release the fish after reeling them in, earning them release points with required photos and video with time and date stamps.

Some anglers choose to “boat” their catch in the tournament, which yields a point per pound. Anglers who release them are automatically awarded 600 points. 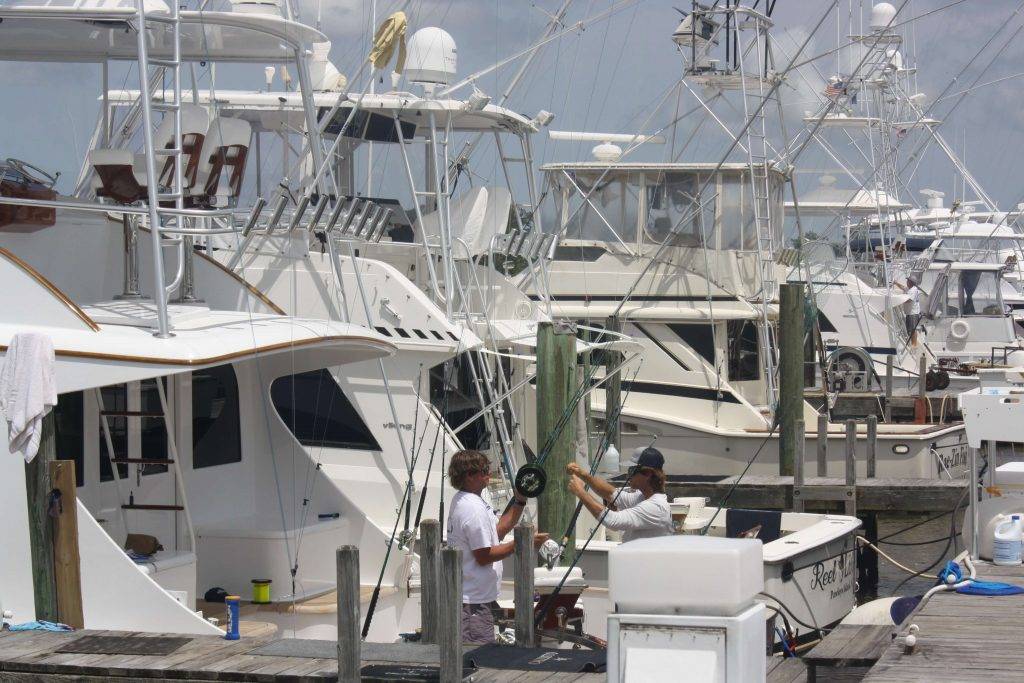 “Since most fish caught in the state are under 600 pounds, it’s typically more advantageous to release fish than it is to land them,” Dukes explained.

The original founders of the South Carolina Governor’s Cup Billfishing Series, including the late South Carolina Gov. Carroll A. Campbell, had very clear intentions to encourage conservation while also promoting tourism through sport-fishing in South Carolina. Thanks to that important mission, 99 percent of the billfish caught in the state are now released, a significant change from the mere 30 percent that were released prior to the Series.

There is also a size limit for Blue Marlin caught in the tournament: 105 inches from the tail to mouth. That is higher than the state limit, which is 99 inches.

Dukes said that since Series staff are also staff with the South Carolina Department of Natural Resources, they collect important biological samples from fish that are killed.

Fishing on South Carolina’s Hammock Coast is a popular pastime for many. In addition to the Blue Marlin tournament, the area has attracted many other fishing events, including the acclaimed Bassmasters tournament that’s broadcast internationally on ESPN. 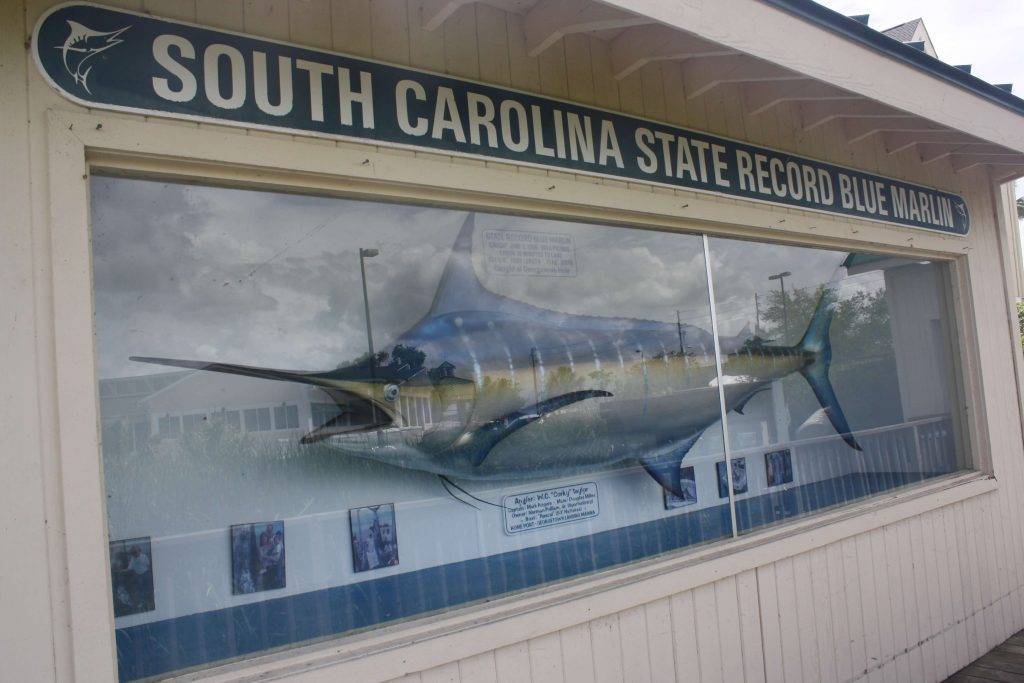 This state record Blue Marlin is displayed on the dock of Georgetown Landing Marina. Angler W.C. “Corky” Taylor hooked this 881.8-pounder on June 3, 2005, on a boat named “Rascal.” (Photo by Clayton Stairs/Georgetown County Chamber of Commerce)

History of the Blue Marlin Tournament

The Blue Marlin Tournament in Georgetown, the oldest billfishing tournament in South Carolina and one of the oldest on the East Coast, was first held in 1968 by Wallace Pate. That was only four years after the first Blue Marlin, weighing 237 pounds, was caught offshore near Georgetown by Katherine “Cappy” Fitzgerald.

Jim Johnston, who claims to be the only person who has fished in every Blue Marlin Tournament in Georgetown, fished this year on his boat “Blue Sky.” He said he worked for Pate when he started the first tournament with just 13 boats participating.

“The first one I fished in,” Johnston said, “was with Boney Peace on a boat named ‘After You’.”

The next year, Johnston caught his first Blue Marlin from his own boat named “Bonanza.” After that, you might say he was “hooked.”

“Back then we kept them all and I think there were nine Blue Marlin on the dock in two days, with only 18 or 19 boats,” he said. “The next year we had 45 boats because of the success the year before.”

Since then, the tournament has moved from marina to marina and has grown. The tournament became so popular that by 1977, organizers changed the rules to encourage catch and release because they realized too many small billfish were being caught.

After being held at different locations on Front Street in Georgetown, then for a few years at Belle Isle, the tournament found a permanent home at the newly constructed Georgetown Landing Marina. South Carolina Gov. Carroll Campbell, who kept a fishing boat, “Second Lady,” at Murrells Inlet, established the Governor’s Cup Series in 1988 and Georgetown was one of five locations for the Series.

Today, Johnston said his passion is running the boat and seeing other people try their luck and skill against the Blue Marlin.

“The biggest thrill for me is having somebody on the boat who has never caught one,” he said. “Whether they catch it, or just witness seeing one, that’s always fun for me.”

He said his favorite part is being there for that moment called “the bite.” 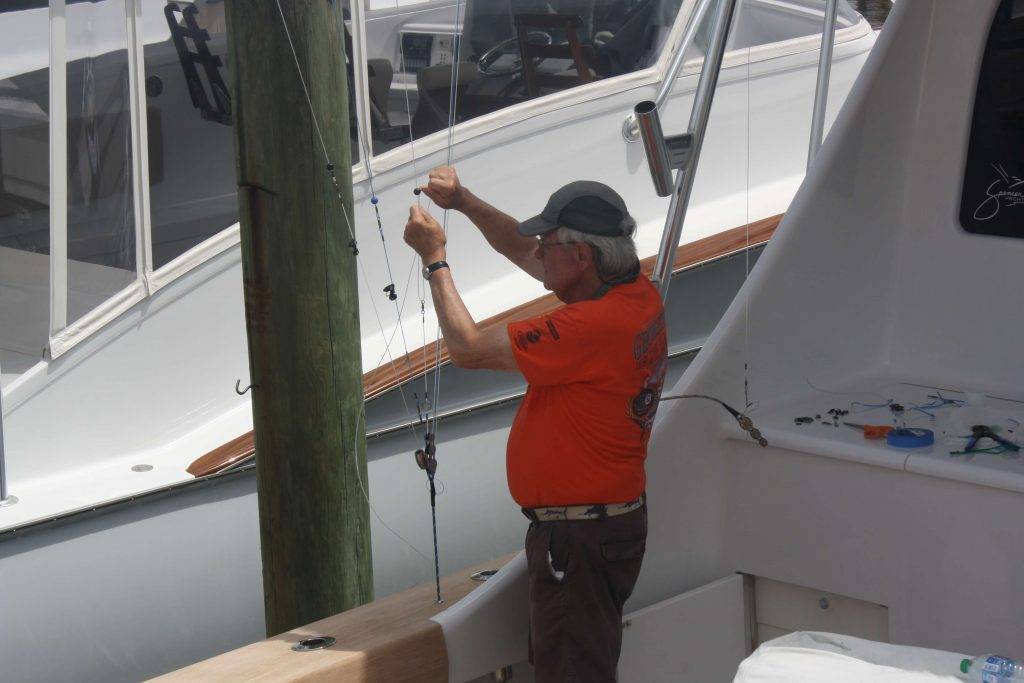 Jim Johnston, the only person who has fished in every Blue Marlin Tournament in Georgetown, makes adjustments before this year’s event. (Photo by Clayton Stairs/Georgetown County Chamber of Commerce)

“I always enjoy the thrill of the moment you know what is back there,” Johnston said. “Sometimes the bite lasts two minutes until you either get a hookup or he departs and leaves. And they’ll come right up to the back of the boat.” 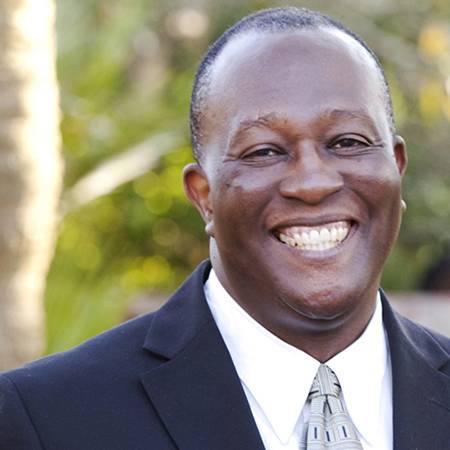