Visiting South Carolina’s Hammock Coast® for the 32nd annual Georgetown Wooden Boat Show turned out to be a wet, wild adventure for a group of seven students from Paden City High School in West Virginia.

Under the leadership of art teacher Matthew Kinard and business teacher Stacey Yoho, the students competed in the event’s two featured competitions: the Wooden Boat Challenge, held on Saturday, Oct. 16, and the Corrugated Boat Regatta, held on Sunday, Oct. 17. Both contests involve teams building a boat and racing that boat across the Sampit River in Georgetown Harbor. 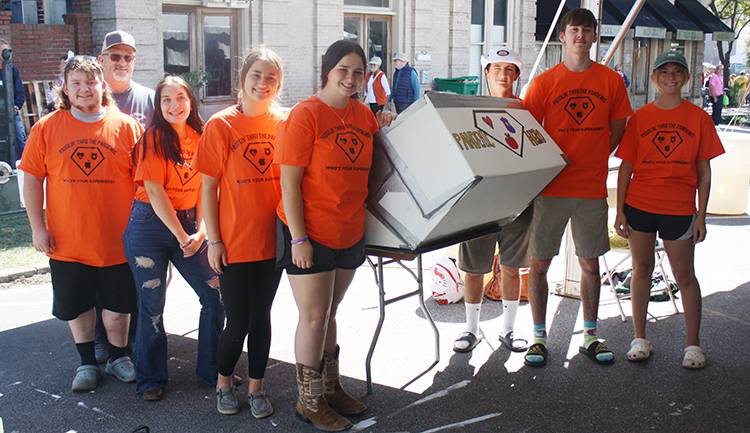 Kinard and Yoho said the students competed in the Wooden Boat Show to honor the memory of a PCHS student, Matthew Barker, who lost his life in a tragic car accident. Barker was a fishing enthusiast who built a corrugated boat with Kinard prior to his death. Kinard’s wife, Dee Dee, explained that after Barker’s death her husband decided to hold a cardboard boat competition in their hometown of Paden City, West Virginia, which is along the Ohio River.

“Matthew was a great kid who didn’t want to do anything but fish,” she said. “At his funeral, they had a photo of him fishing in the cardboard boat they made together and my husband decided to continue the cardboard boat project to keep Matthew’s memory alive.” 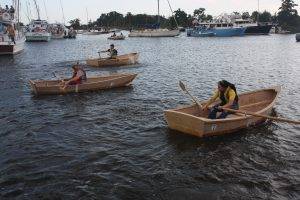 Then, he began bringing the winning team of the school’s local corrugated boat competition to the Georgetown Wooden Boat Show.

“I started looking for places that were hosting cardboard boating events in the fall and I saw that Georgetown had one,” Kinard said. “I wanted the winners to be able to compete somewhere else and I wanted them to get that experience.”

The Georgetown Wooden Boat Show is an annual two-day event organized by the Harbor Historical Association to benefit the South Carolina Maritime Museum on Front Street in downtown Georgetown. Other than the Wooden Boat Challenge and the Corrugated Boat Regatta, the event features more than 100 wooden boat exhibits, both on land and water, vendors, children’s activities and more.

The Wooden Boat Challenge is a boatbuilding competition with teams of two battling each other and the clock to build a 12-foot rowing skiff – the Carolina Bateau – within a four-hour time limit. The teams are judged on building speed, workmanship, and rowing speed when they test their completed boat for seaworthiness in a rowing relay on the Sampit River. At the end of the day, cash prizes are awarded to first-, second- and third-place winners.

The Corrugated Boat Regatta is open to businesses, schools, youth groups, groups of friends, and nonprofit organizations. It begins when the corrugated boats are launched in the Sampit River from the floating docks at Francis Marion Park. Participants stretch the limits of their ingenuity to design boats and oars made entirely of corrugated cardboard. No other construction materials are allowed, except for tape and waterproofing. Materials for the competition are donated by International Paper Co., one of Georgetown’s leading industries since the 1930s. 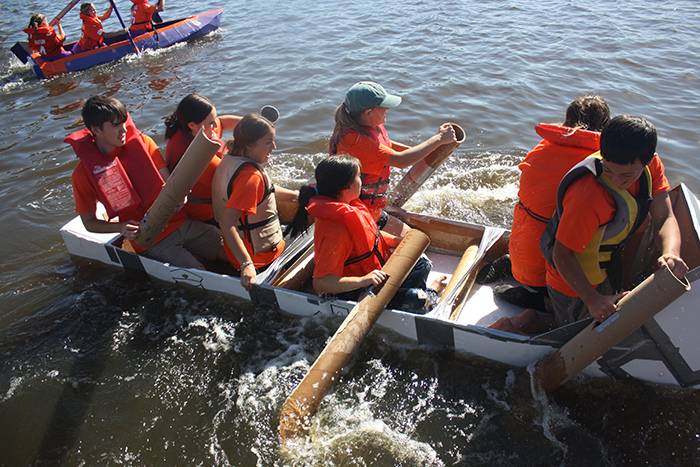 Paden City High School students begin paddling their corrugated boat before it ultimately sank and they had to swim back to shore. (Photo by Clayton Stairs/Georgetown County Chamber of Commerce)

An awards ceremony follows the Regatta. The boat that best combines innovative engineering with artistic design wins the Pride of the Fleet Award. The team with the greatest spirit and crowd involvement receives the Team Pride Award, and the Titanic Award is also presented to the team with the most dramatic sinking.

This was the first year that Kinard and the students from his school competed in Georgetown’s Wooden Boat Building Competition and they had some help getting prepared. Kinard explained during the event on Saturday, Oct. 16, that experienced boat builders Tom Russell and Bryce Becker came to Paden City to help the students practice for the Wooden Boat Challenge.

“Bryce and Tom came up and spent a week to provide some training on the tools they needed to use and how to create a boat using the design for the Georgetown competition,” Kinard said, “so we brought the kids who worked with him down here to compete.”

The students’ corrugated boat used the theme “Pandemic Heroes: Who is Your Superhero?” to honor another student, Logan Flaharty, who passed away from leukemia. Kinard said Flaharty wanted to be a superhero and they have been using the theme, “Paddling Through the Pandemic,” in local competitions, so it just seemed to fit.

After having to swim back to shore during the Corrugated Boat Regatta, Postlewhait said he and the other students were shocked that their boat design didn’t hold up. 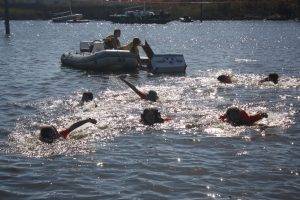 After their boat sank, the West Virginia students swam back to shore. They won the Titanic Award for the most dramatic sinking. (Photo by Clayton Stairs/Georgetown County Chamber of Commerce)

“We were doing pretty good until everyone started leaning to one side and everyone was bringing in water,” he said. “We should have made it 18 inches high instead of 10 inches high.”

Before that race, Postlewhait said he and his fellow boaters used a formula to determine how much weight the boat could hold.

After the Wooden Boat Challenge, Bacorn said racing for the girls’ team was a blast and she was excited that they beat the boys’ team.

“I’d do it again for sure. It was a lot of fun,” she said. “Building the boat was exhausting, but it was all worth it.”

Yoho said she enjoyed working with the students who competed. She commended Georgetown Presbyterian Church for providing a place for them to stay and Rover Tours for offering the students and teachers of the school a free island shelling tour. Those special gestures, along with the Wooden Boat Show organizers, made their visit to Georgetown extra special.

“The students have been preparing weeks for this event,” Yoho said, explaining that the school has participated in the Georgetown Wooden Boat Show for the last seven years. “The kids look forward to this every year, and, for some, it is a once-in-a-lifetime event because it is the first time that they’ve ever seen the coast.”

Bacorn said she was glad that she was able to travel to South Carolina’s Hammock Coast® and participate in these competitions.

“This is so different from the mountains that we are used to,” she said. “It is so beautiful here, and I have had so much fun!” 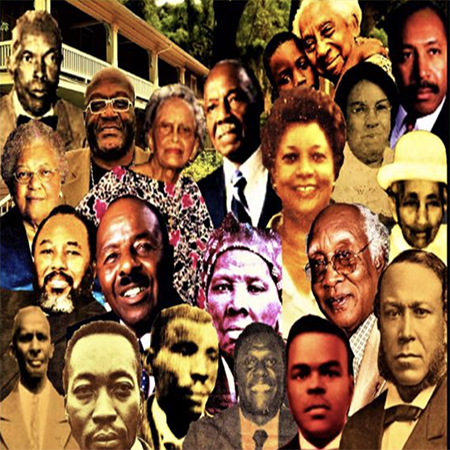 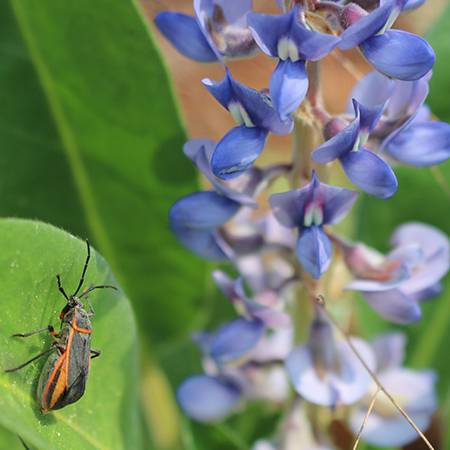