A U.S. News & World Report has ranked three beaches on South Carolina’s Hammock Coast as some of the best in the Palmetto State.

In its ranking of the 12 best South Carolina beaches, the venerable publication included Pawleys Island at No. 4, Huntington Beach State Park at No. 5 and Litchfield Beach at No. 9.

A family enjoys a day at the beach on Pawleys Island, which finished No. 4 in a ranking of South Carolina’s Top 12 beaches by U.S. News & World Report. (Photo by Chris Rogers/Georgetown County Chamber of Commerce)

Renowned for its casual charm and natural beauty, savvy travelers have long flocked to the beaches of the Hammock Coast, enjoying stunning coastal scenery devoid of high-rise hotels and oceanfront congestion.

“One of the oldest resort areas on the East Coast, Pawleys Island is still largely devoid of commercialism,” U.S. News wrote in its profile. “The area is remote in feel, offering up a short list of things to enjoy aside from its white sand beach and picturesque Pawleys Island Creek.”

The magazine was equally effusive in its praise of Huntington Beach State Park, saying, “An ideal option for wildlife lovers, history buffs and anglers, Huntington Beach State Park features more than 2,500 acres to explore. Along with its pristine 3-mile-long beach, the park boasts more than 300 species of birds and a National Historic Landmark, the 1930s-era Atalaya Castle.”

Litchfield Beach, which was also named by Tripadvisor in 2020 as one of the best beaches in the United States, rounded out the Hammock Coast entries on the prestigious list issued by U.S. News.

“Travelers in search of a quiet stretch of sand will love Litchfield Beach,” the publication wrote, “as it sees fewer crowds than nearby Myrtle Beach, which sits about 20 miles northeast. Along with its laid-back atmosphere, Litchfield offers three top-notch golf courses that draw golfers in droves. Meanwhile, runners, walkers and cyclists can make use of the 26-mile-long Waccamaw Neck Bikeway,” which extends from Pawleys Island to Huntington Beach State Park. 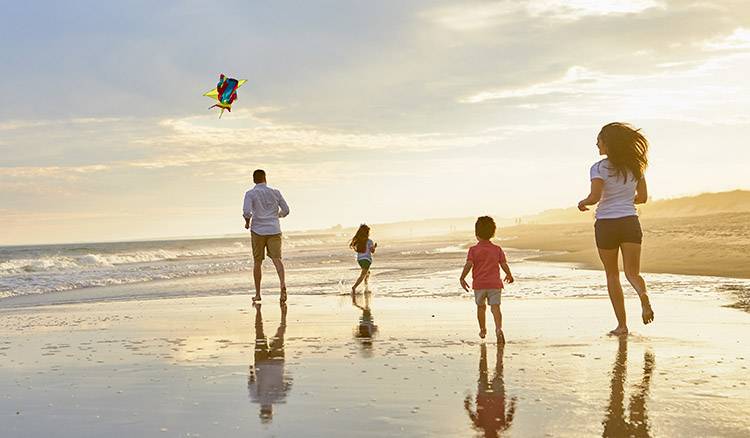 As evening begins to fall, a family chases behind their kite at Huntington Beach State Park, has been ranked by U.S. News & World Report as one of the best beaches in South Carolina. (Photo by Chris Rogers/Georgetown County Chamber of Commerce)

In a separate ranking, U.S. News & World Report also ranked Huntington Beach State Park as the 16th best place in all of the Carolinas to visit, writing, “You can swim, fish and go boating at its 3-mile-long beach. Additionally, more than 300 bird species call this park home, making it an excellent destination for birdwatching. Walk along Huntington Beach’s two nature trails to access some of its best places for spotting birds and other animals like alligators.”

Mark A. Stevens, director of tourism development for the Georgetown County Chamber of Commerce, said it’s an honor for the Hammock Coast to be included in both of the U.S. News & World Reports rankings.

“U.S. News & World Report is one of the nation’s most respected voices and to honor three Hammock Coast beaches as being among the best is nothing short of wonderful,” Stevens said. “The Hammock Coast is one of the most popular destinations along the Southeast coast for discerning travelers, and our beaches are at the heart of the area’s appeal.

“Throughout the year, especially during our peak summer months, it’s an honor to welcome those who choose the Hammock Coast as their vacation destination.”

Located to the south of Myrtle Beach and just north of Charleston, the Hammock Coast offers the best of both destinations in a more casual environment. The area’s complements its unforgettable beaches with an abundance of eco-activities, golf and some of the Palmetto State’s finest restaurants. 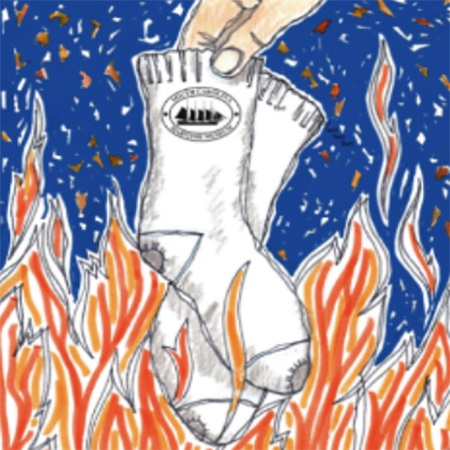 Annual Burning of the Socks event: Out with the old (socks), in with the new 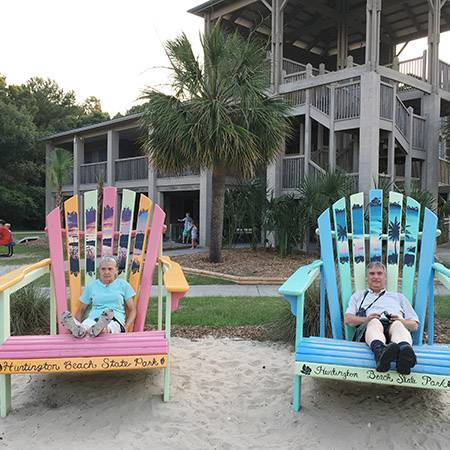