The historic Georgetown icon who was the first Black man ever elected to the U.S. House of Representatives will now have his name on the U.S. Post Office in Georgetown. A large group gathered Nov. 9 in the city park that already bears the Georgetown native’s name to hear the announcement. 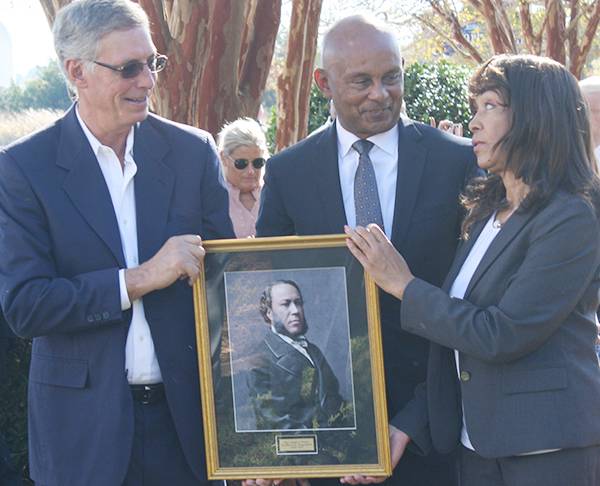 U.S. Rep. Tom Rice presents Lorna Rainey, the great-granddaughter of Joseph Hayne Rainey, with a portrait of Rainey that will be displayed in the Georgetown library. Georgetown Mayor Brendon Barber Sr. looks on. (Photo by Clayton Stairs/Georgetown County Chamber of Commerce)

Rainey, in his role as a congressman and citizen, championed civil rights legislation during and after Reconstruction.

Matt Atkinson, postmaster for the Georgetown Post Office, said during the ceremony that this honor has been reserved for very few people.

“To put it in perspective,” Atkinson said, “the U.S. Postal Service has over 30,000 retail offices and less than 900 are dedicated to honor individuals. In South Carolina, we have 400-plus offices and only 13 have ever been dedicated to an individual.”

Rainey’s memory has already been enshrined in Georgetown history. In addition to the park, his home at 909 Prince St. is one of 66 Georgetown properties on the National Historic Register. It is included on two walking tours created by the Georgetown County Chamber of Commerce and promoted by South Carolina’s Hammock Coast, Georgetown County’s tourism moniker. 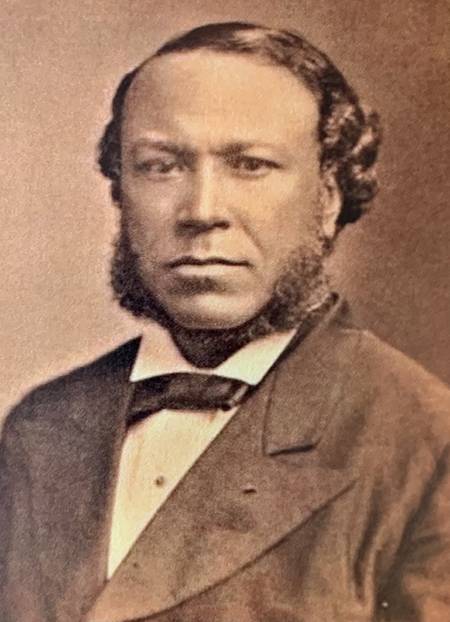 Rainey’s great-granddaughter, Lorna Rainey, was also in attendance. She said that those who wonder why there are so many tributes to her family member only need to consider his many accomplishments and his importance in history.

“Proud Georgetonians understand why all of these things have been dedicated to him,” she said. “Because he was a man of South Carolina, and he made his home here.”

After welcoming those who attended the dedication ceremony, Mayor Barber, the city’s first Black mayor, read a proclamation about the name change honoring Rainey.

“This is a great day here at Joseph Rainey Park,” Barber said. “What better place to have this renaming of our U.S. Post Office?”

Rice, who worked with other congressmen and senators to make the name change possible, said the naming of a federal building in Rainey’s honor is long overdue.

“I am so proud to be here to commemorate Mr. Joseph Rainey, an important hero in American history,” the congressman said.

Rainey was born into slavery in Georgetown in 1832. His father was a barber and used his earnings to buy freedom for himself and his family, including Joseph. Later, during the Civil War, Joseph was drafted by the Confederacy, but he escaped to Bermuda with his wife and started a business.

In 1866, he returned to Georgetown, where he became chairman of the Georgetown County Republican Party. In 1870, he was elected to the U.S. Congress, where he served until 1879, making him the longest serving African-American member of Congress in the 19th century. He was sworn in on Dec. 12, 1870.

In addition to being the first Black man to be elected to the House, Rainey was also the first Black man to preside over the House. He also became the longest-serving Black lawmaker in Congress during Reconstruction. Rainey worked to pass civil rights legislation, fund public schools, and guarantee equal protection under the law.

“I can only raise my voice,” Rainey said in 1877, “and I would do it if it were the last time I ever did it, in defense of my rights and in the interests of my oppressed people.”

Marvin Neal, president of the Georgetown branch of the NAACP, said during the dedication ceremony that Rainey fought the ultimate battle, for civil rights. 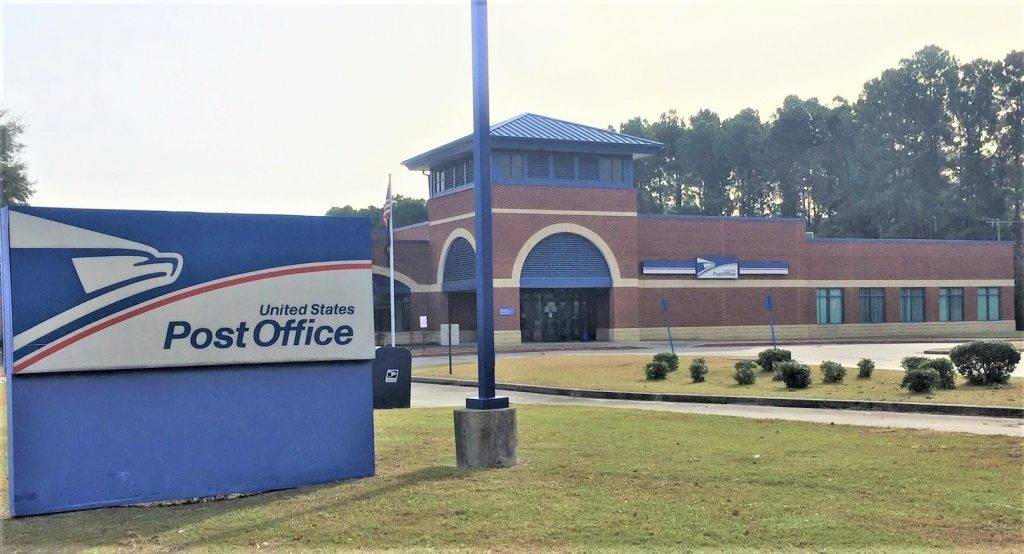 The Georgetown Post Office will now bear the name of Joseph Hayne Rainey, a Georgetown native and the first Black man ever elected to the U.S. House of Representatives. (Photo by Clayton Stairs/Georgetown County Chamber of Commerce)

“The 14th amendment that he championed is still being challenged today,” Neal said, “so we must not get comfortable or go silent today or tomorrow.”

Also during the ceremony, Dwight McInvaill, director of the Georgetown County Library System, unveiled a portrait of Rainey that will be exhibited in the Local History Room at the Georgetown Library on Cleland Street. He said it will be the perfect place for the portrait.

“It will be a beautiful addition to our local history room, and I invite you to come by and see it,” McInvaill said. “He will be looking at a bust of Marquis de Lafayette, Frances Marion will be behind him in the corner, and on the other side you’ll have the poet laureate of South Carolina.”

In his remarks, McInvaill noted that the Chicago Tribune wrote that Rainey was “dignified and well spoken.”

“He was someone of purpose, passion and of power,” McInvaill said, “and he strove always for liberty and equality.”

On Dec. 10, 2020, the 150th anniversary of Rainey’s swearing-in ceremony, the U.S. House passed a resolution honoring the pioneering Georgetown politician and officially named a room, H-150, in his honor at the U.S. Capitol.

Visitors to the Hammock Coast can also find out more about Rainey in a National Historic Register walking tour brochure, as well as an African-American Heritage walking tour brochure. Both are available at the Georgetown County Chamber of Commerce‘s Visitors Centers, located at 531 Front St. in Georgetown and 28 Wall St. in the Litchfield community of Pawleys Island.

Looking for a Thanksgiving buffet on the Hammock Coast®? Try these! 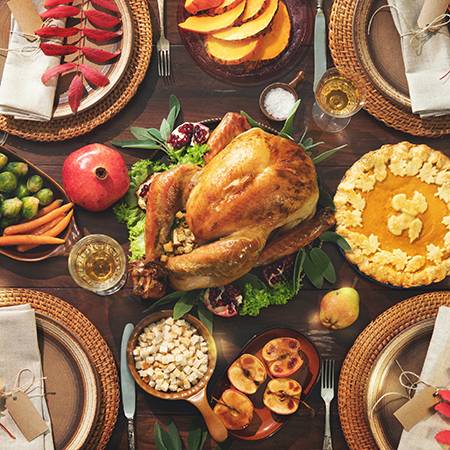