An old friend is returning to Huntington Beach State park later this year.

A new Nature Center, a 4,500-square-foot facility that will mirror the layout and appearance of its predecessor, is on schedule to open in early summer, much to the delight of park-goers.

“Every single day someone asks about it,” Park Manager Brenda Magers said. “Long-time park visitors want an update on when it will open and new visitors stop and ask about the construction.”

The original Nature Center was destroyed in a fire on July 20, 2016, after the building was struck by lightning. Fire officials responding to a 2:34 a.m. call to find the three-story building fully engulfed. 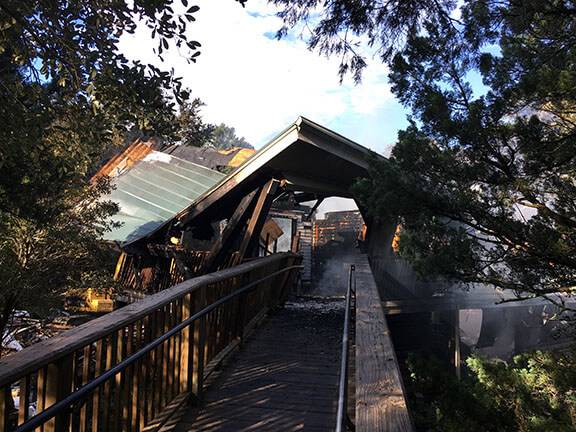 A blaze, authorities said was caused by a lightning strike, destroyed the original nature center on July 20, 2016. (Photo by Mark A. Stevens/Georgetown County Chamber of Commerce)

The wait for the return of the popular attraction has been longer than anticipated, due to storms that forced the reallocation of state resources, but the end is in sight. Park officials expect construction of the new building to be complete in early March, clearing the way for the installation of exhibits.

The new Nature Center will allow visitors to experience the natural habitat of Huntington Beach State Park, ranging from the saltwater marsh to a maritime forest and birding area. Throw in a classroom exhibit featuring various live reptiles, including snakes, alligators and turtles, and a touch tank, that is home animals like horseshoe crabs, and everyone is energized.

“We are all very excited,” Magers said. “The loss of the Nature Center was devastating. … Huntington Beach is a great place for people to connect with the park and create memories, and they get to see things they’d never be able to see in nature.”

Park officials said they were devastated following the fire. 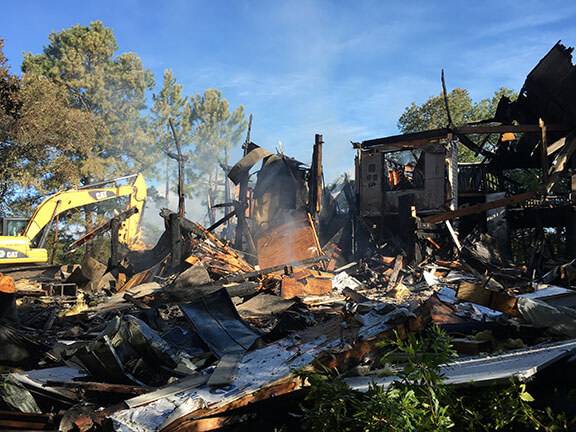 Fish and reptiles were among the creatures lost in the 2016 fire at the Huntington Beach State Park Nature Center. (Photo by Mark A. Stevens)

“Everyone is heartbroken,” Magers told The Georgetown Times in 2016. “… Having the Nature Center burn down was obviously devastating for those of us who work here.”

Midway Fire Rescue Chief Doug Eggiman told the newspaper that fire teams fought the blaze from 2:34 a.m. to about 6:30 a.m. but were unable to save the structure.

In addition to a collection of artifacts and exhibits, Dawn Dawson-House, director of corporate communications for the South Carolina Department of Parks, Recreation and Tourism, told The Times that more than 20 animals were killed in the blaze.

Immediately after the blaze, Eggiman said there was no way to save the animals, which includes snakes, amphibians, several fish, including a sting ray, and reptiles, including alligator hatchlings. There were no birds or mammals housed at the center.

“Unfortunately, even before we arrived, there was no life sustainable inside the structure,” Eggiman told The Times. “Even if it was, it was too fully involved for us to make any kind of entry. All our operations had been exterior.”

While the reopening of the Nature Center is attracting a great deal of attention, it’s not the park’s only anticipated reopening this year. Magers is hopeful the boardwalk next to the Nature Center, which was damaged during Hurricane Dorian, will be ready to reopen simultaneously.

The boardwalk extends a couple hundred yards into the saltwater marsh, allowing visitors to enjoy the splendor of the surrounding the marsh, including bald eagles often soaring overhead.

Huntington Beach State Park is also home to one of South Carolina’s most pristine beaches, outstanding surf fishing, and a campground just yards from the gently pounding surf of the Atlantic Ocean. Birdwatchers flock to the state park throughout the year, and more than 330 bird species have been recorded there, making it one of the best birding spots in the Southeast.

Vacationers also visit to the park for the opportunity to see loggerhead turtles and, of course, Atalaya, the beautiful Moorish-style winter home of Archer and Anna Hyatt Huntington, who left the park as part of their considerable legacy.

— By Chris King and Mark A. Stevens 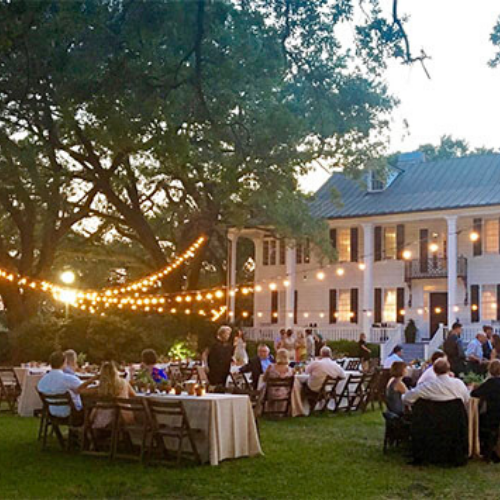 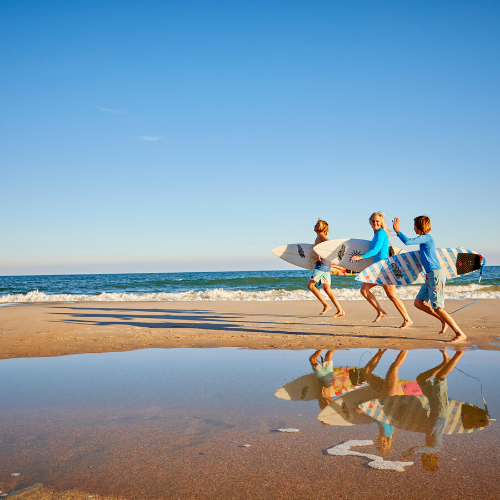