Walking into the Ball and Que Restaurant in Georgetown, the first thing you notice is the aroma of country cooking and the comradery all around as you choose a table and sit down. If you’ve eaten here before, you recognize many of the waitresses. You might even see the owner, Joann Pope Elliott, mingling with the diners, always sharing a smile and a friendly word. 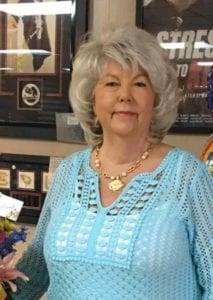 Joann Pope Elliott and her staff are celebrating the Ball and Que restaurant’s 50th anniversary on July 1. (Photo courtesy of Ball and Que)

Elliott and her loyal staff are celebrating the restaurant’s 50th anniversary on July 1, welcoming old and new friends to mark the occasion with them. Because of the Coronavirus, they have postponed the official celebration until at least August. The event, which will include a variety of cuisine, live music and giveaways, was originally planned for early July. Commemorative T-shirts for the 50th anniversary are now available at the restaurant.

“This is really a big milestone,” Elliott said. “I have always said that if I could just make it to the 50th anniversary it would be wonderful, and it is.”

Earlier this year, the Ball and Que had to close for several weeks due to COVID-19 pandemic, but the eatery is open again for take-out and limited dining-in. Elliott hopes to have operations back to normal soon.

When Elliott and her late first husband, Tommy Pope, opened the Ball and Que Restaurant on July 1, 1970, it was just a game room with a snack counter and four tables. Today it’s a family-style restaurant seating up to 150 diners, and it has become a dining staple in Georgetown.

“I’ve been told the Ball and Que has been in business longer than any other restaurant in Georgetown owned by the same person,” she said. “I was just a young girl of 22 when I started here, and it’s been great. I’ve just met so many wonderful people.”

What makes the Ball and Que a special place, Elliott said, is its friendly atmosphere.

“It’s a happy place where people who know each other can catch up with one another, socializing and enjoying good food,” Elliott said. “And I think it’s the personal touch. I like being here, being able to speak to everybody. They like for me to know they’re here, and I like to know they’re here.”

In addition to the friendly atmosphere of the Ball and Que, Elliott said she knows that the food is what keeps her loyal customers coming back week after week. 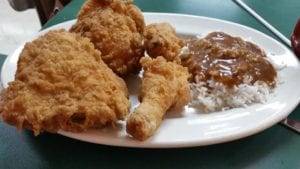 “We take pride in our food and the way we cook it,” Elliott said, adding that she learned to cook from her mother and father. “We like for it to look good, as well as taste good.”

Along with daily specials, including roast beef, fried chicken, meatloaf and pork chops, and a variety of sides, the restaurant offers tempting desserts like strawberry cake and coconut cream pie and sought-after items like tasty cheese biscuits. The restaurant is open from 6 a.m. – 9 p.m. daily and serves breakfast, lunch and dinner.

Elliott said her staff, some of whom have been with her for more than 20 years, are hard workers and she can always depend on them.

“I treat people the way I would want to be treated,” Elliott said. “Hopefully, that’s why they stay.” 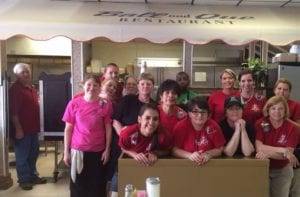 Elliott says her staff is very dependable. Some of them have been with her for 20-plus years. (Photo courtesy of Ball and Que)

In 2006, she married Randolph Elliott, now deceased, and they had six wonderful years together, Elliott said. She has fraternal twins, Tony Pope, who lives in Chester, and Tammy Pope, who now works as manager of the Ball and Que. Elliott also has six grandchildren and four great-grandchildren.

Georgetown Mayor Brendon Barber commends Elliott for being open for a half-century, a feat he says few have achieved.

“We all know that the Ball and Que is one of the focal points and community meeting places in the city, and I think it is our longest-running business under the same owner,” Barber said. “It is a historical institution in Georgetown that has a great family atmosphere and wonderful food.”

He added that he is one of the restaurant’s loyal customers and his favorite menu item is an extra-crispy bone-in fried chicken sandwich. When his family comes to town for a visit, he said he usually calls in and picks up 10-12 orders of their favorite meals for their arrival.

“Being open for 50 years says a lot about Joann’s vision for taking care of Georgetown and serving good food,” the mayor said. “The love she has for the community is greatly appreciated.”

Long-time customers of the Ball and Que, Mary Louise “Weezie” Ford, Jean Holland and Jane Holliday agree. Ford said her husband, Francis “Jeep” Ford, has been a customer of the Ball and Que since its early days and she has also enjoyed it many times.

“My husband has dined there so frequently that Joann named a table after him, and also a salad that has mixed vegetables, fruit and chicken with an Asian dressing,” Ford said. “There are so many things I like about it: the friendliness, concern for their customers and the food is really good, especially the fried chicken and the cheese biscuits.”

She said Elliott is one of the “sweetest and kindest people I have ever known.”

“You would have to be good to serve that many meals a week and still smile,” Ford said. “And we are thrilled that her daughter, Tammy, is now working with her because she is just like her momma: sweet, gentle and friendly.”

Holland and Hollaway are also regulars, meeting with a group of friends and usually sitting at the same table. Holland said she used to go with her husband, Joe, but since he died, she has continued going to the Ball and Que.

“Dining with the same group of people we used to dine with was a lifesaver for me after his loss,” Holland said. And, to that end, she affectionately calls the Ball and Que her “home away from home.” 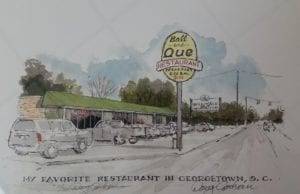 Long-time customers describe the Ball and Que as a home away from home. (Rendering courtesy of Ball and Que)

“The food is wonderful, but the main thing for some of us is the caring attitude, a home place for us to feel comfortable and welcome,” she said. “It is like that old TV show, ‘Cheers,’ where everybody knows your name and everybody is friendly.”

Holloway said her late mother, Mary Burns, would frequent the Ball and Que while she was alive and often told her about dining at the restaurant. So, when Holloway moved from Illinois to Georgetown, she naturally gave it a try.

“Everybody was so wonderful and friendly, and I saw what my mother meant,” she said. “I come for the comradery but also because the food is so good.”

Holloway said she and a group of Winyah High School graduates like the restaurant so much that they meet there monthly. She said the main reason the Ball and Que has been serving Georgetown for 50 years has a lot to do with how it makes people feel.

“It is a wonderful place for everybody, and you come away from there feeling good,” she said. “It’s a good place to go. I hope it will be around for a long time.”

For information about the restaurant and its daily specials, visit its Facebook page at https://www.facebook.com/ballandque/, or call 843-546-6404. The restaurant is located at 1808 Highmarket St. in Georgetown. 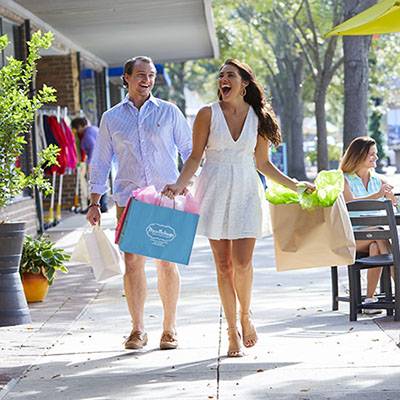 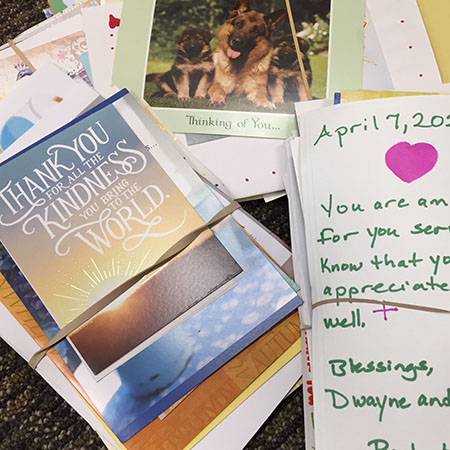