Carnival of Clays: Back Woods Quail Club to host U.S. Open May 16-22

Carnival of Clays: Back Woods Quail Club to host U.S. Open May 16-22

Preparing to host Back Woods Quail Club’s largest event ever, owner Rick Hemingway says he is excited to bring more than 1,400 shooters and their families to the area for the 2022 U.S. Open.

Set for May 16-22, this is the second time Hemingway has brought the National Sporting Clays Association event to the club, which is in both Georgetown County, known as South Carolina’s Hammock Coast®, and Williamsburg County. The first time was in 2013, and that event drew about 950 shooters. 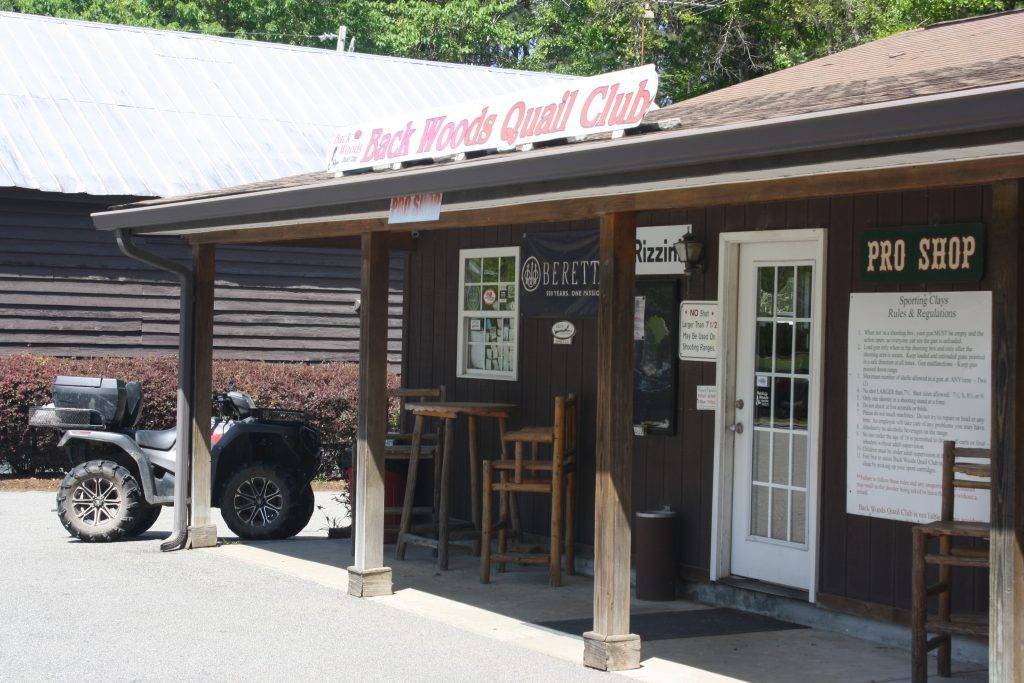 Back Woods Quail Club will soon welcome more than 1,400 competitors for the 2022 U.S. Open. With courses on more than 700 acres, organizers say it will not seem crowded. (Photo by Clayton Stairs/Georgetown County Chamber of Commerce)

“We are honored to host this prestigious event here at Back Woods Quail Club,” Hemingway said. “We have become a shooter’s destination and that says a lot about our community in Georgetown and Willamsburg counties.”

Hemingway said registration for shooters is open until May 16 and people are welcome to come as spectators of the event. In addition to watching the shooters participate in the competition, they can also visit the dozens of vendors, which will include a variety of food and products related to shooting clays and well-known gun manufacturers like Barretta.

He said with 700 acres for participants and spectators to spread out, the event will not feel crowded. He added that people coming for the event can explore other areas of the county while they are here, including the pristine beaches, shopping, and restaurants.

“People can stay in rental houses on the beach or hotels near Georgetown so they can experience all that this area has to offer,” Hemingway said.

Mark Stevens, director of tourism development for the Georgetown County Chamber of Commerce and South Carolina’s Hammock Coast, urges people to stay and visit the area while visiting for the U.S. Open. 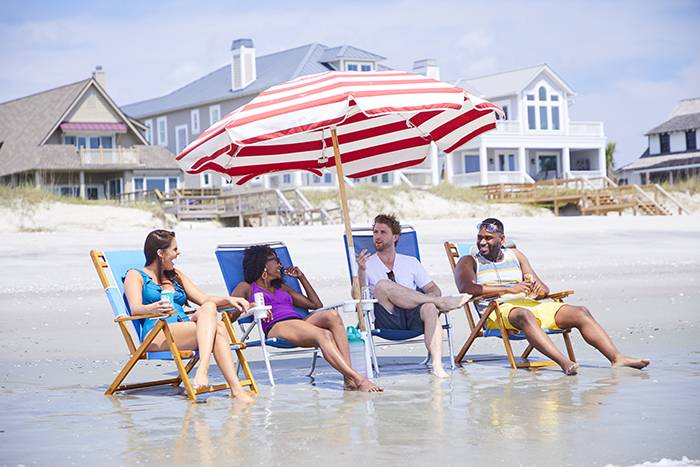 Hammock Coast beaches offer a relaxing break for people visiting the area for the U.S. Open at Back Woods Quail Club. (Photo by Chris Rogers/Georgetown County Chamber of Commerce)

“Take some time to experience our beaches, our historical sites and our beautiful natural scenery,” Stevens said. “There is no place quite like South Carolina’s Hammock Coast.”

“This event is certainly a boost for the local economy, and it exposes people to parts of our county that people might not go to otherwise,” he said. “At previous events, people have commented that they didn’t know Georgetown had such a rich history and that they really enjoyed the beaches.”

Back Woods Quail Club is located on Old Morrisville Plantation, less than 30 minutes from historic Georgetown and 45 minutes from Hammock Coast beaches, with over 15,000 acres of open fields, timber lands, and wooded areas. Currently, more than 700 acres of the property is being utilized. 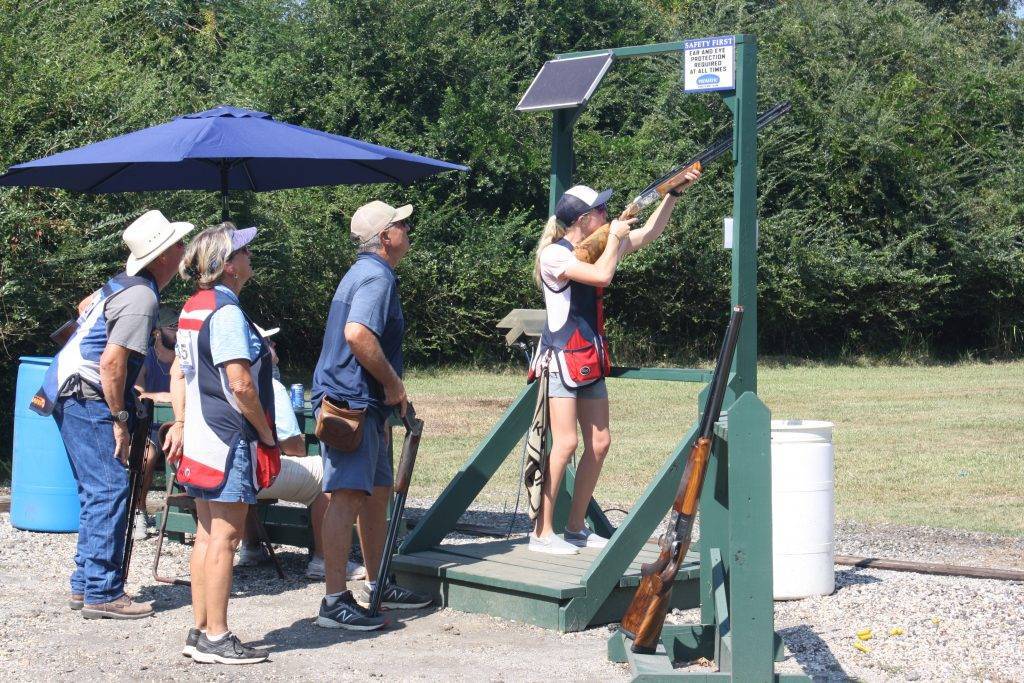 The club offers a variety of shooting stations for amateurs and experts alike. This photo is from a previous competition. (Photo by Clayton Stairs/Georgetown County Chamber of Commerce)

This preserve offers old-fashioned Southern-style quail, deer, and turkey hunting, as well as an array of exciting and challenging clay target shooting sports. It is open year-round and seven days a week, with operating hours from 8 a.m. until 5 p.m. The club offers individual or group shooting and hunting packages.

“If you haven’t been to Back Woods Quail Club, you are in for a special treat,” Stevens said. “It is an impressive place that offers everyone from shooting enthusiasts to beginners a unique experience.”

Sporting clays is a form of clay pigeon shooting, often described as “golf with a shotgun” because a typical course includes from 10 to 15 different shooting stations laid out over natural terrain. Unlike trap and skeet, which are games of repeatable target presentations, sporting clays simulates the unpredictability of live-quarry shooting, offering a great variety of trajectories, angles, speeds, elevations, distances, and target sizes.

A typical course consists of 10 to 15 stations, with each station presenting targets from trap machines. Usually, five to 10 targets are shot at each station by a squad of up to six shooters for a total outing of 50 to 100 targets per person. Targets are thrown as singles and pairs. A pair of targets may be thrown as a true pair (or sim pair, i.e., thrown at the same time), as a following pair (thrown sequentially), or on report (the second clay launched on the report of the shooter’s gun). Numerous hunting conditions can be simulated by combining various speeds and angles with different types of clay targets. Each station is unique.

Throughout a course, the shooters might see targets crossing from either side, coming inward, going outward, flying straight up, rolling on the ground, arcing high in the air, or thrown from towers. The possible target presentations are limited only by safety considerations, the terrain, and the imagination of the course designer. The configuration of the stations is often changed to maintain interest for the shooters and for environmental preservation of the course. 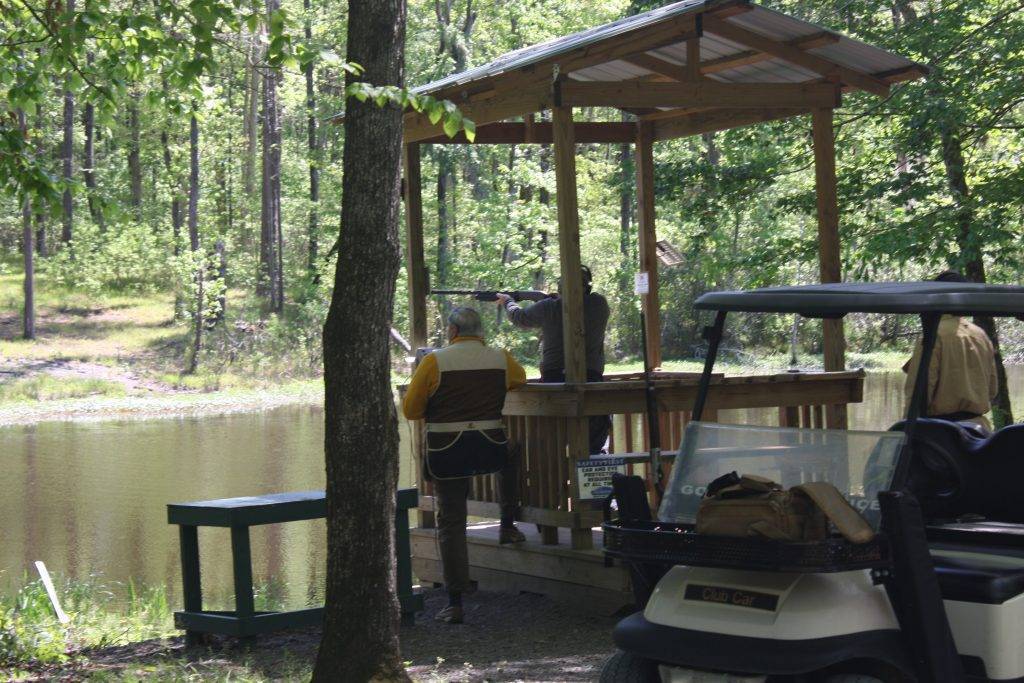 Several of the shooting stations have water features that display the natural beauty of the area. (Photo by Clayton Stairs/Georgetown County Chamber of Commerce)

Back Woods Quail Club offers two 15-station courses, one setup for novice and the other setup with advanced and tournament-style shooters in mind. Participants have the option of shooting 50 or 100 rounds on either course to test their skills or to warm-up for a hunting adventure. Single shooters or parties are welcome and shooting lessons are available at the club.

Michael Luongo, one of the course target setters who is also competing in the U.S. Open, said that Back Woods Quail Club is a first-class facility. He said Rick Hemingway spares no expense for quality prizes, food, and vendors for events like this one.

“It is almost like the Carnival of Clays,” he said. “Everybody who is interested in clay target shooting should attend, even if they are just shopping for glasses, shirts, guns, or you name it.”

Georgetown County’s casual charm and Southern hospitality earned it the nickname of the Hammock Coast. Adventure and relaxation blend together in perfect harmony, like the flowing and ebbing of waves on the county’s famed beaches. With six communities – southern Garden City, Murrells Inlet, Litchfield, Pawleys Island, Georgetown and Andrews – comprising the pristine coastal area between Myrtle Beach and Charleston, visitors can experience South Carolina’s Hammock Coast like never before. 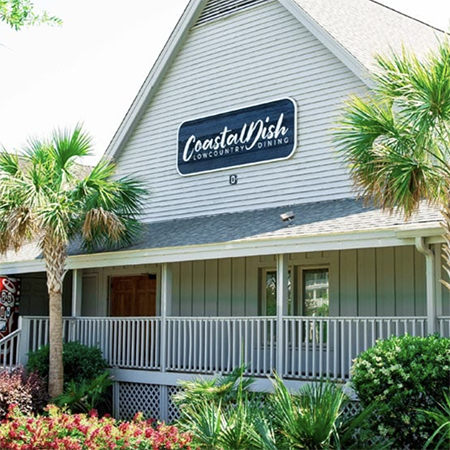