Allegiant, one of 10 airlines serving the Myrtle Beach International Airport, has made another schedule extension that will have the carrier offering flights nearly year round.

The Myrtle Beach airport is the closest major airport to South Carolina’s Hammock Coast and has been expanding rapidly over the last few years.

Allegiant flights can now be booked through May 15, 2023. That change is the second schedule extension from the low-cost carrier made this year.

In May, the airline announced it would extend previously seasonal markets (Albany, New York; Allentown, Pennsylvania; Cincinnati, Ohio; and Newburgh, New York) through the second week of February, a two-month extension from the time that seasonal service would typically conclude for these markets.

With the latest schedule extension, the airline is one step closer to operating as a year-round carrier at the Myrtle Beach International Airport.

“Seasonality … is becoming a thing of the past and we couldn’t be more thrilled with Allegiant’s decision to further expand their operation throughout the winter/spring months,” said Scott Van Moppes, director of airports. “Their continued schedule extensions in off-peak months are a direct result of the explosive activity in our market; demand is growing for travel in what was previously considered the ‘off season’ and our airline partners are responding to it. We thank the Allegiant team for their continued investment in our destination.”

Flights are available for purchase at www.allegiantair.com.

Myrtle Beach International Airport is considered one of the best airports in the United States and is the closest major airport to the Hammock Coast. With a growing number of passengers each year, the number of visitors flying to the Hammock Coast is also increasing. Direct flights are available from larger cities, such as Atlanta, Boston, Charlotte, Chicago, Detroit, New York City, Philadelphia, Washington, D.C., and more.

The publicly owned Georgetown County Airport (GGE), which can accommodate smaller planes and jets, also serves the Hammock Coast as the in-county airport, which is located at 129 Airport Road, south of the city of Georgetown, just outside the city limits on U.S. Highway 17. Nearly 150 flights are logged at the airport each day. 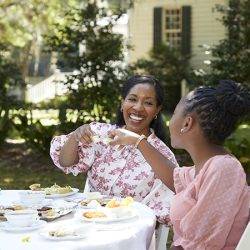 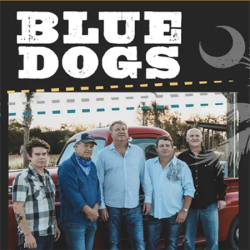