Pawleys Island is at the heart of South Carolina’s Hammock Coast’s® thriving golf scene, and Golf Digest, long one of the game’s most respected voices, has provided further validation of just how good the area’s offerings are.

As part of a relaunch of its “Best Places to Play” initiative, the venerable magazine unveiled its list of South Carolina’s top 20 public courses, and four of the Palmetto State’s best are located in Pawleys Island, less than two miles from each other.

A consensus top 100 public layout, Caledonia is the Hammock Coast’s most prominent facility. The design, which earned best new public course in America honors upon its 1994 opening, launched architect Mike Strantz to stardom and it continues to delight players.

Playing through centuries old live oak trees and along the marshy waters of the Waccamaw Neck, Caledonia is immaculately maintained, delighting players with its scenery and challenge. A round at Caledonia reaches a crescendo on the par 4 18th hole, which requires a carry over water to a green residing in the shadow of the course’s ever-popular clubhouse.

It’s a dramatic finish to an unforgettable round of golf.

True Blue is Caledonia’s sister course and also a Strantz design, but that’s where the similarities end. The fairways, greens, waste bunkers and yes, the fun are all big at True Blue.

What makes the course special is the variety it offers. The par 3s at True Blue are among the area’s best, highlighted by No. 7, which is dramatically impacted by the hole location on an unforgettable three-tiered green.

Wide fairways make True Blue playable for golfers of skill levels while low handicappers love the strategic possibilities of a layout that has been ranked among the nation’s top 100 public courses.

Pawleys was designed by Jack Nicklaus, the game’s greatest champion, and the layout certainly provides a championship-level test. The opening nine plays through a pine forest and the area’s natural wetlands, a worthy start for one of the state’s best, but the home nine is what makes Pawleys special.

Six of the final nine holes play along a tidal marsh, and it’s one of the prettiest stretches of golf in the state. The course’s most famous hole is the par 3 13th, which plays to a peninsula green that is exposed to the marsh and wind coming off the nearby Atlantic. The tee shot is as treacherous as it is beautiful.

A round at Pawleys Plantation is one golfers discuss long after they’ve returned home.

Heritage Club, a Dan Maples course, showcases the area’s stunning live oak trees and it’s home to an unforgettable set of greens. The putting surfaces at Heritage are among the area’s most undulating, complementing the layout’s beauty.

There are few states in the union with as much quality golf as South Carolina and four of the area’s best are within a Rory McIlroy drive of each other along the Hammock Coast.

Caledonia, True Blue and Pawleys can all be played as part of the Waccamaw Golf Trail package, an offer that delivers great golf and value. For more information on golf along the Hammock Coast, click here.

Located between Charleston to the south and Myrtle Beach to the north, South Carolina’s Hammock Coast® features the best the Palmetto State has to offer, providing vacationers with pristine Atlantic Ocean beaches, stunning natural beauty and abundant eco-activities. The beach communities of Pawleys Island, Murrells Inlet, Litchfield, and southern Garden City and the historic towns of Georgetown and Andrews make up the Hammock Coast and collectively deliver an unforgettable vacation experience. 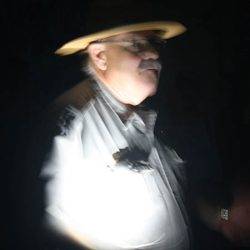 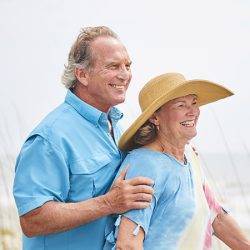