Visitors to historic Georgetown discover a hidden gem between the waterfront and the rows of restaurants and specialty shops along Front Street downtown — the Harborwalk.

Meandering along the Sampit River from the Kaminski House Museum to the Rice Museum/Town Clock, the Harborwalk is a 10-foot-wide, four-block-long waterfront boardwalk.

The Harborwalk offers scenic views of Georgetown Harbor and is accessible behind the Town Clock, or through Francis Marion Park, Constitution Park or Rainey Park, all along Front Street. It is a perfect location for a stroll along the waterfront or viewing a spectacular sunset. You can also go directly from the boardwalk into many of the restaurants, shops and art galleries that are adjacent to it.

Originally built in the 1980s, the first major renovation of the Harborwalk, estimated to cost $600,000, was completed in 2010. It involved new decking, lighting and railings along the walkway. Additional repairs were made in 2019 when several sections were replaced to improve its structural integrity.

The Harborwalk attracts the biggest crowd annually during the Georgetown Wooden Boat Show in October, which is mainly held on Front Street. One of the largest celebrations of maritime culture on the East Coast, this event is organized by the Harbor Historical Foundation and the South Carolina Maritime Museum. It features a boat-building contest and race, crafts, demonstrations, live music and many wooden boats on display. 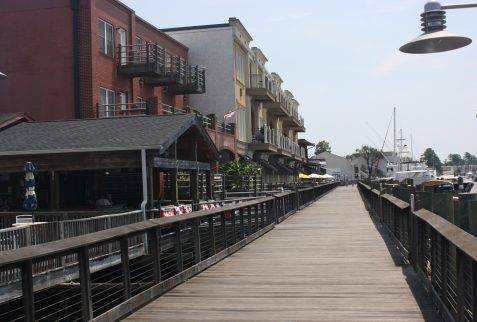 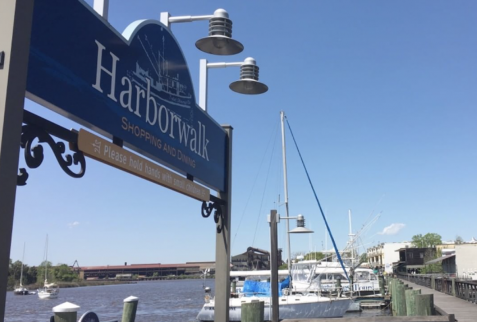